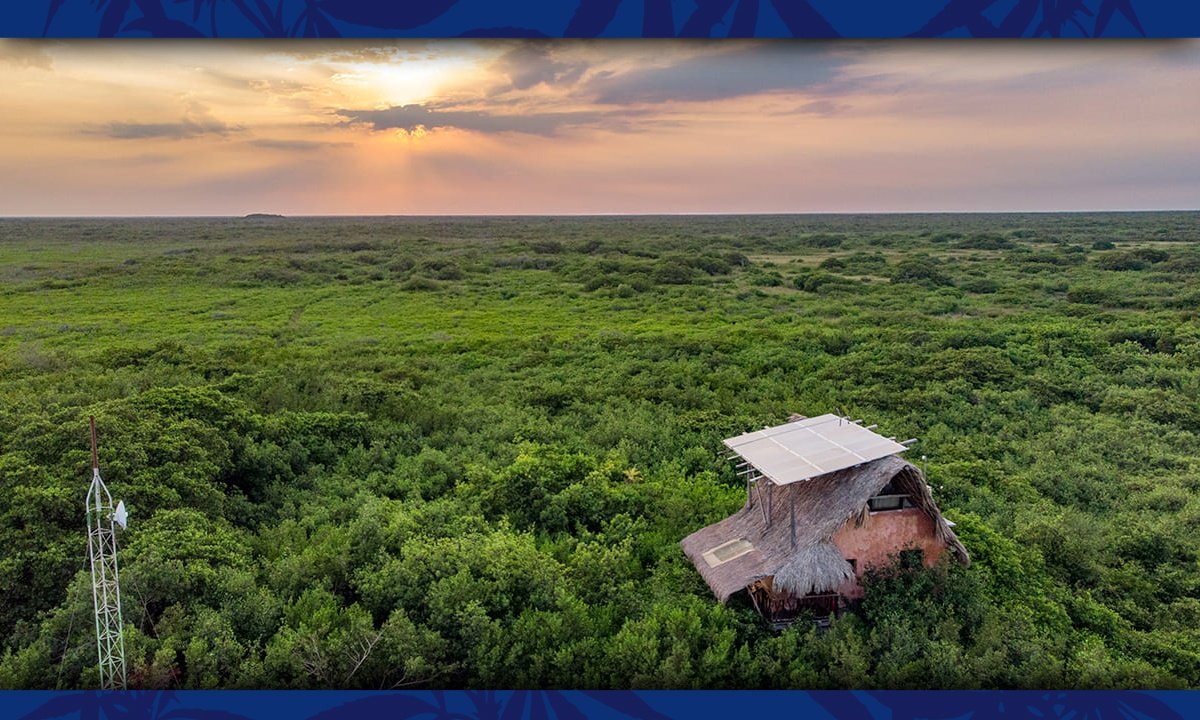 Photo: A four-story solar powered eco home in Tulum, Mexico, was constructed of hempcrete and bamboo. Photo courtesy of Heavengrown

As Mexico waits at the threshold of a new era of cannabis decriminalization for adult use, medical marijuana and hemp, some hemp pioneers already have a head start.

Stephen Clarke, a Mexican native, and his team have been growing and researching industrial hemp for almost eight years with their company Heavengrown in Tulum, at the toe of Mexico’s Carribean isthmus near Cancun.

Inspired by the U.S. Department of Energy’s Solar Decathlon competition, the team started out trying to bring renewable solar power to the region, and then realized that there was a need for hemp resources in Mexico and Latin America.

“Cannabis has always been part of our life and we’re trying to bring the engineering and cannabis worlds together,” Clarke, a software engineer, told Let’s Talk Hemp.

With financing from investors in the professional poker world, the company has built several hempcrete homes in Mexico and Marfa, Texas, and has taught multiple classes in hempcrete construction.

The company built a four-story solar-powered eco home in the jungle outside Tulum of hempcrete and fast-growing bamboo, which has become a tourist attraction.

Most current hemp building knowledge has been developed for colder climates in Europe and North America, Clarke said.

For example, building a hemp+lime wall a standard 12 inches thick will actually trap moisture inside the home in jungle environments. Ideally walls should be around 8 inches, he said.

“We want to do the research for jungle climates and regions in South America. That’s where the new research needs to be,” he added.

However, national lawmakers are still hammering out the details and the Senate may not pass a reconciled bill until the fall legislative session.

“It’s a historic moment,” Clarke said. “Mexico has taken so long to sort something out that they could have done years ago.”

“At the moment it’s illegal, but we’ve grown as much as we want,” he added. “It’s a gray area.” Still, the company has to import hemp from Europe or the United States.

“Sometimes in Mexico laws are just suggestions,” Clarke said. But Clarke said his team is teaching building to the strictest standards. The company developed bricks and materials that even withstood the 2017 earthquake in Mexico City.

It takes about $7,000 worth of imported hemp to build a typical hempcrete house, which is too pricey for the low-income Mexican homebuilders that Heavengrown is targeting.

So, Clarke and his colleagues have expanded to “coco-crete,” a plant-based lime cement using coconut husks and bark as aggregate.

Coconut trees more than 60 years old become so tall that harvesting fruit is dangerous, and coconuts are usually subpar. When trees are felled and replaced, the Heavenrown team uses the bark in a wall-building or brick building mix, sometimes along with hemp as well.

The company can turn out coco-crete bricks made with abundant lime in the area for about 50 cents per brick, he said, making the average house cost about $1,000 for outer walls.

Tulum is growing fast, and Heavengrown offers a more sustainable solution to building so the area’s mangrove jungles aren’t completely deforested as the population expands.

As the Mexican legal system sorts out the rules for hemp and cannabis, the Heavengrown team are looking to an “open source” model taken from computer software, to spread the best practices about building with hempcrete and coco-crete.

“We’re really trying to offer a solution to bring a regeneration system for nature, for society and for the economy,” Clarke said.