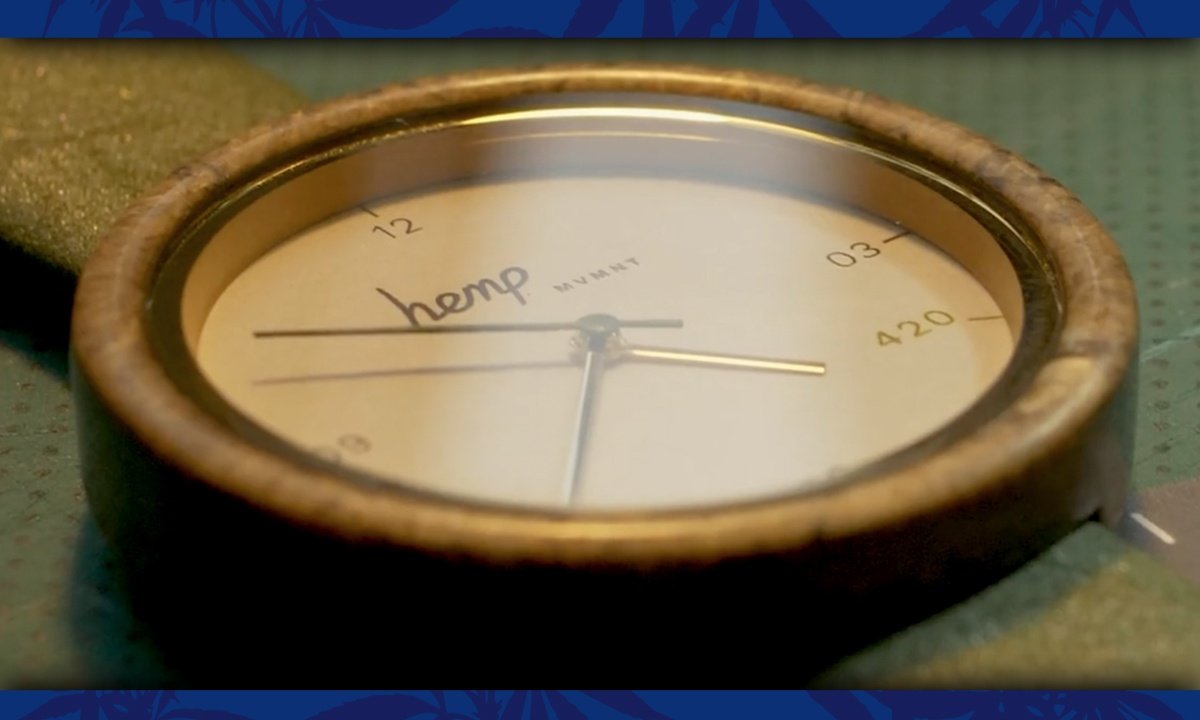 An international crowdfunding campaign seeks to launch a new watch made from compressed hemp wood and cruelty free pineapple leather.

A limited-edition version of the watch, which launched a Kickstarter campaign this week, has the time 4:20 marked on the dial.

The sleek, minimalist hemp MVMENT is the brainchild of Edinburgh designer Sam Whitten, who has operated the Hemp Eyewear sunglasses company for seven years after graduating from Glasgow Caledonian University.

The eyewear company was also started with a crowdfunding campaign, but has since been partially financed through grants from the university and the Scottish government, spokeswoman Fiona Williams said.

As a student, Whitten researched the sustainable properties of hemp and determined that compressed stalks of the Cannabis sativa plant would make a lightweight wood-like material that could be used in fashion accessories such as glasses frames.

Compressed hemp is imported from France and then further compressed and cut with a laser cutter in the company’s studios to make the watch case. The randomly aligned hemp fibers make each watch case unique.

Replaceable watch bands in six earthy colors are made from vegan pineapple leather, developed by Pinatex from waste pineapple leaf fibres. The innard gears are imported from Japan, Williams said.

The watch’s name MVMENT plays off the “hemp movement” itself, Williams said.

Whitten and his design team are fascinated by the potential of hemp used in all sorts of other products, including furniture, but starting small and working to scale up the company, she added.

Watches themselves are less popular today, especially among young people, when cell phones are often used to tell time, she said.  But the company believes that sustainability is a lifestyle, she said.

“[The hemp watch] is more than a fashion accessory. People are backing and supporting it because of what it stands for, Wiliams said.”

As for Whitten, he hopes to capitalize on the concept of time and human interaction, while sporting a nifty fashion watch.

“We currently live in a society that increasingly forgets when it’s time to stop working and time to play and 20th of April is the embodiment of this sentiment,” Whitten said in a statement.  “It’s high time for a new movement,” he added. “This watch is a call for conversation and a call for a lifestyle revolution.”