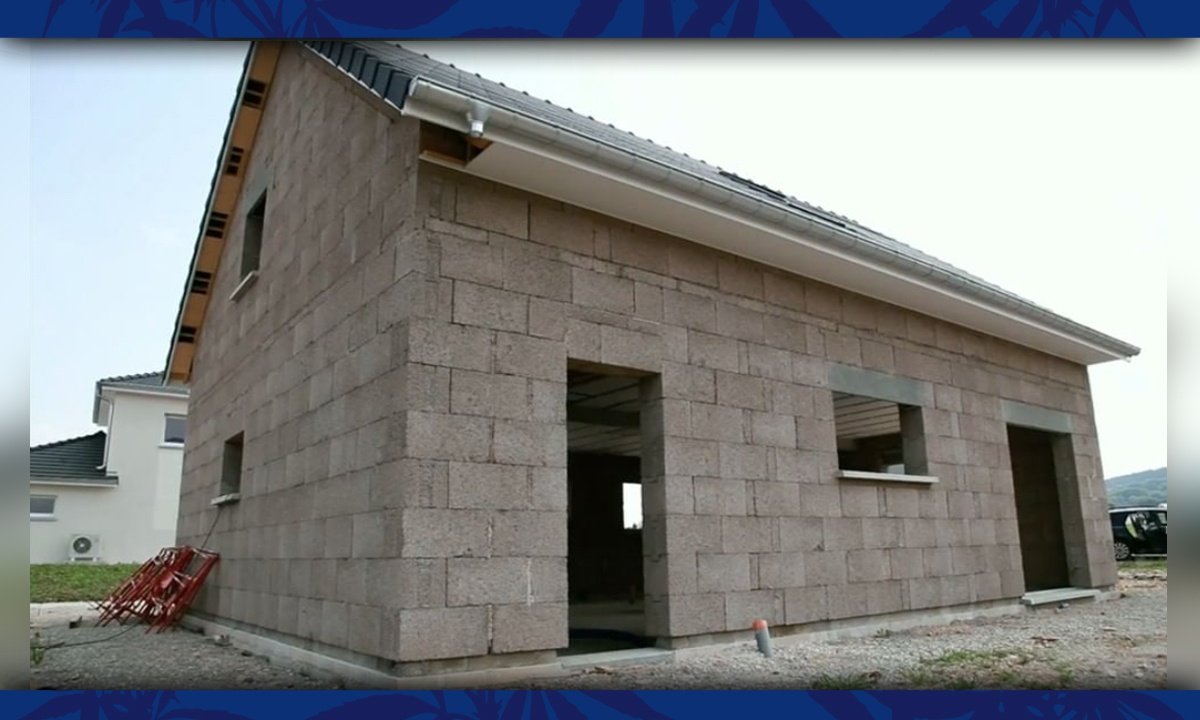 The cost of U.S. construction timber is skyrocketing, and a national concern is growing for the  carbon emitted by the construction industry. As homebuilders look for solutions, the nation’s small-but-growing number of hemp builders wonder if building with hemp will finally break through into the mainstream construction consciousness.

The cost of framing lumber, OSB plywood and other wood building materials are adding an average of $36,000 to the cost of a new build, an April study showed — and costs have kept rising.

As a result, homebuilding solutions that don’t require framing timber, or need less of it, are getting a second look. One solution is the hemp-lime block.

The U.S. construction industry is notoriously resistant to change and innovation, frustrating those  who want to introduce hemp building to the United States, as it has been used for the past 30 years in Europe.

But ‘hempcrete’ blocks are being noticed because they have been used in European builds for decades, and provide a green, carbon-sequestering, insulative wall solution.

“We have been working to decarbonize the construction sector for 10 years now and we remain 100% convinced that the hemp block has a crucial role to play,” Charlotte De Bellefroid, spokesperson for Belgium-based IsoHemp, wrote in an email to Let’s Talk Hemp.

A new Joe Biden administration focus on reducing carbon in the construction industry, has focused on more efficient buildings, but carbon-sequestering industrial hemp could possibly  have a prominent place in the discussion.

It will be “impossible” to halve U.S. greenhouse gas emissions by 2030 “without rapid decarbonization of the building sector,” Alliance to Save Energy (ASE) President Paula Glover said in a statement last week.

Light weight, quick to assemble
Precast hemp blocks, made with chopped hemp hurd and lime binder are much lighter than concrete blocks. The blocks can be quickly assembled and provide insulation rates up to R70. Uniform-density blocks are easy to transport to a worksite, and are pre-cured, saving drying time compared to hand-cast “in situ” or spray applied hempcrete construction.

Walls made with hempcrete blocks are fireproof, mold proof, pest proof and long-lasting compared to timber-framed homes, which can be constructed of poor quality materials.

Load-bearing solutions
Unlike concrete cinder blocks, hempcrete blocks are not loadbearing, so they can’t be completely swapped out for timber home framing.

However, IsoHemp and others, including the Vicat Group in France, have developed an inner steel post-and-beam support system that can replace timber framing in the block walls.

“Cinder blocks operate on the premise of a vertical footing and a post beam around top of the house,” Glen Donoghoe of HempBLOCK USA told Let’s Talk Hemp.

“The vertical post ties the building together to the beam, and hemp blocks do exactly the same thing.”

Installed blocks are covered with lime plaster or stucco.

Hempcrete has not yet made its way into U.S. building codes and is uncommon in regional or local builds, but building inspectors understand the steel cage and cement support system, Donoghoe said.

The BIOSYS system, licensed by HempBLOCK, uses precast interlocking hemp blocks that can also save labor and time. The outer walls of a house can be built by relatively unskilled labor within days, and about 70% faster than a concrete wall, Donoghoe said. In contrast, it takes about two months to construct outer walls with traditional stick framing, insulation, plastic wrap, siding and drywall.

Donoghoe runs the company from the mountains near Toulouse, France. Currently, he manages container shipments of BIOSYS blocks, about 600 per container, with binder or enough to build the walls of a 2,400 sq. foot home for around $30,000. Shipments from France take six to eight weeks, Donoghoe said.

He acknowledges this delivery method is not carbon-neutral, but the system is working until a reliable U.S. supply chain can provide building quality hemp hurd in large quantities.

“If we can manufacture locally, reduce the carbon footprint and add value to local economies, people would be buying locally and we’d be employing people,” he said.

“Everybody wins in this scenario.”

“We take your drawings and floor plans and our software automatically converts them into block-engineered buildings.”

JustBioFiber made a splash with the Harmless Home, a magnificent hempcrete residence built in British Columbia for a private owner.

But the company has its sights set on large developers building hotels and other large projects. JustBiofiber recently constructed a building on the campus of the University of Trent in Canada.

The company also builds a foundation block out of recycled plastic which can save time compared to pouring cement foundations.

“We are not the product to be found at Home Depot,” Ladouceur said. “Our focus is to become the premier sustainable building products company in the world. We are looking for large scale master developers who are going to make a commitment to JBF products in the market. Building one-off housines is not efficient for us,” he added.

But the pandemic took its toll on the Calgary-based company, he said.

“We have back orders for millions of blocks we can’t fill,” he said.

The company is in talks to build factories in Texas, Missouri, Arizona and New Mexico, he added.

Adobe hemp blocks
Other U.S. engineers and architects have experimented with mixing hemp with other, more load-bearing materials, such as adobe clay, but commercial applications are not quite available in the market.

Pre-cured hempcrete bricks 8 x 16 x 6-inches installed with mortar by masonry professionals can be used along with a wood frame construction to provide “shear” horizontal support usually taken up by particle-board OSB.

Hemp blocks work well as insulation because of air pockets trapped in the fluffy hemp within the lime blocks. Unlike Portland cement, walls do not crack with freeze-thaw cycles because hemp and lime regulate moisture inside a building and wick it to the outside. Hemp insulated homes save on heating and cooling costs and have highly rated acoustic properties.

Whether U.S. builders and consumers will embrace hemp blocks remains to be seen. But lumber prices may cause the U.S. construction industry to think outside the timber-framed box.

But the hemp block’s thermal and acoustic insulation, water regulation, fire resistance as well as a negative carbon footprint makes it “a material that revolutionizes the building industry,” she added.

This story also appeared in Hempbuildmag.com.