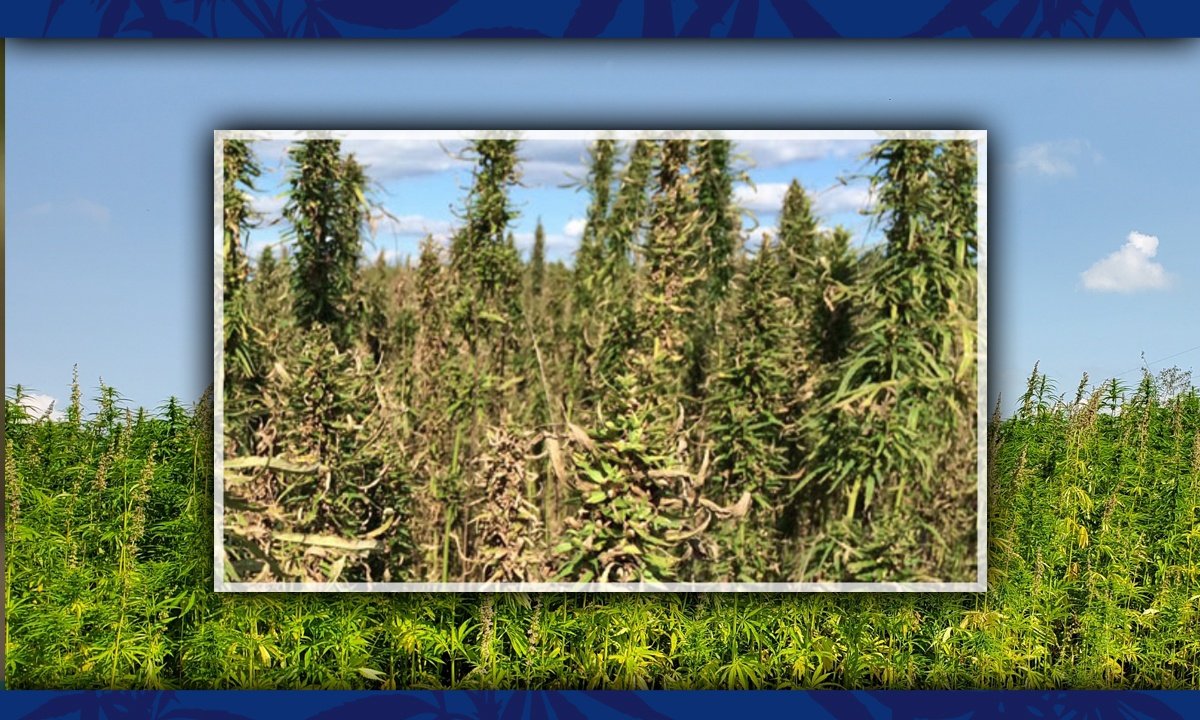 A Kentucky hemp field, ready for harvest. Photo Courtesy of the Kentucky Department of Agriculture

The association of farmers, vendors and suppliers is hosting its annual conference and trade show Aug. 5 in Louisville after a disheartening year when COVID-19 and state crackdowns on quasi-legal Delta 8 THC have disrupted the bottom line for many of the state’s cannabinoid hemp growers and producers.

“To say it’s been a rough year is an understatement,” said outgoing KYHA president Tate Hall. The association filed a lawsuit in Boone Circuit Court last week to stop police raids on Delta 8 retailers and wholesalers.

The association also sued Kentucky Department of Agriculture Commissioner Ryan Quarles, — who is currently scheduled to speak at the conference — and State Police Commissioner Phillip Burnett Jr. in their capacities as state officials.

Quarles did not return calls by press time to ask if he would still be attending the conference.

The raids began after an April letter from the KDA to hemp producers warning the Delta 8, a mildly intoxicating form of synthetically derived THC, was illegal under federal and state laws.

“Delta-8 THC is a Schedule I controlled substance under federal law and Kentucky law,” wrote the department’s attorney Joe Bilby. “Distributing products containing this substance is illegal; and distributing such products could lead to your expulsion from the hemp licensing program as well as potential exposure to criminal prosecution,” Bilby added.

Delta 8 is made from hemp isotopes extracted and synthesized from CBD crude oil. Delta 8, also called “Weed Light,” is popular in so-called “prohibition states” where marijuana is illegal, especially in the southeastern United States.

Delta 8 is legal in neighboring Tennessee, after special hemp-product protecting legislation was passed by the state legislature. Kentucky proposed pro-hemp legislation which was never achieved, partly because of COVID-19.

KYHA’s Hall asserts that hemp-derived Delta 8 is legal under the microscopic amounts of THC permitted in hemp by the 2018 Farm Bill. According to the federal rules, industrial hemp is legal if it contains .3% or less THC.

“In our opinion the 2018 Farm Bill contradicts what the Drug Enforcement Agency states,” Hall said. “It’s not the first time the DEA has been wrong. We’re gonna let the courts decide on the matter.”

Not just about Delta 8
Kentucky farmers moved naturally into cannabinoid hemp, which is grown outdoors with horticultural techniques.

Kentucky has a long history of a cottage industry in cannabinoid cannabis. Illegal marijuana is the biggest cash crop in Kentucky and the state has the most illegal grows of marijuana in the country, according to the DEA.

But Kentucky’s role in the reintroduction of hemp in the United States is about a lot more than Delta 8 and cannabinoids, said incoming  KYHA president Katie Moyer, founder of Kentucky Hemp Works, a seed and root processing facility in western Kentucky.

“Kentucky, historically, was a leader in hemp,” Moyer told Let’s Talk Hemp. “We have family farms from one end of the state to the other which are smaller and better at niche crops, experimental techniques and equipment,” she added.

Moyer, who obtained one of the first hemp licenses in the state in 2007, praised the KDA as doing “a good job” promoting Kentucky hemp nationwide  and internationally, but she said rules on flower and D8 that differ from neighboring states make for an uneven playing field.

“Our number one goal is to get our farmers paid. Nobody should be growing crops and then not be allowed to sell them,” she added.

The number of registered hemp growers in Kentucky grew to around 450 in 2021, up compared to 157 in 2020, but still is fewer than half of the 2019 boom of 980 growers licensed in 2019. The KYHA has about 350 active members, board members said. Most farmers have grown cannabinoid hemp.

But the cannabinoid market is not the only place where Kentucky hemp is strong and will get stronger, predicted Chad Rosen, KYHA board member and founder of Victory Hemp Foods, which makes food ingredients from hemp seeds.

“The United States grows 180 million acres of corn and soy and  50%  of that is fed to livestock,” Rosen said. “That’s an inefficient way to get our protein — that takes up a lot of resources.”

The hemp seed contains all nine amino acids for a complete protein, along with healthy fats Omega 6 and Omega 3.

Food formulators are busy experimenting with making hemp cheeses, diary products, oil dressings and burgers. Even Yum Brands’s Kentucky Fried Chicken, one of the biggest food developers in Kentucky,  is experimenting with plant-based nuggets, he said. “Hemp is the winning protein,” Rosen added.

Kentucky farmers have a head start expanding into broadacreage, or row planting, with hemp, Rosen said.

“Kentucky farmers are masters of growing a lot of different crops and building diverse agricultural economies,” Rosen said.  “Hemp is easy to rotate into a production row crop system and [hemp] outcompetes weeds if you get a good stand — and improves the soil. It’s a tremendous crop for farmers who are practicing regenerative agriculture,” he added.

Kentucky’s history of growing hemp during WWII as well as the research from 30 years of Canadian grain hemp growers can set the stage for a Kentucky advantage growing grain and oil hemp.

“The target for these opportunities is at a different scale than anything related to cannabinoids,” Rosen said.

“People eat three meals a day, with protein at the center of the plate. That’s an enormous market opportunity we can tap into,” he added.