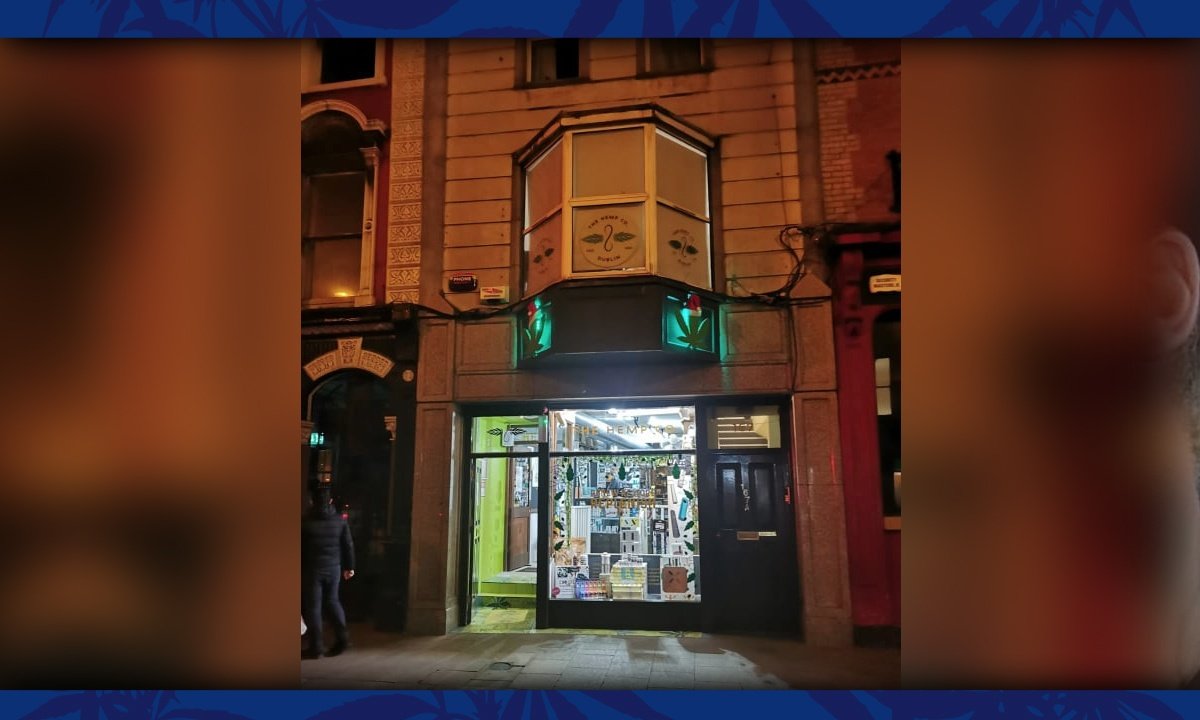 The Hemp Company in Dublin still sells CBD products, even though Ireland’s regulators have not followed the European Union ruling approving CBD for use in foods & topicals. Photo courtesy of the Hemp Company, Dublin

The future is bright in the European Union for CBD after new laws in 2020 ruled it safe for food and topical use. But Ireland is still mired in a murky situation for CBD where local regulators say cannabidiol is not yet approved under novel food regulations.

No one knows the situation as well as Dublin father-and-son business owners James and Marc McDonald, proprietors of the family-owned Hemp Company in Dublin since 1999.

The McDonalds say as the popularity of CBD has spread to consumers, they are seeing new customers at the shop, where they sell CBD products along with hemp clothing and other hemp-related items.

“The demographics have changed, the [lessening] stigma has changed our clientele, who are now older and want to know and learn everything about CBD,” Marc, the younger McDonald, told Let’s Talk Hemp.

At the same time, Irish regulators are cracking down on CBD sold in shops.

Shops have been raided, and stock confiscated by police and some CBD sellers have been arrested, said Chris Allen, executive director of the Hemp Federation of Ireland.

“It’s a mess in Ireland,” Allen said. “It shows how very poorly informed the Irish government is around hemp.”

Rulings last year in the EU Court of Justice removed CBD from the requirement for a novel foods designation, which is similar to drug approval by the U.S. Food and Drug Administration.

The EU court ruling cited the World Health Organization’s 2017 report that CBD was not a narcotic substance and could be included in foods and topicals.

“Ireland is the only country in the EU that failed to take account of the [pro CBD] ruling,” Allen said.

Meanwhile, the McDonalds have seen interest grow for CBD at their shop, which they brought on as a product in 2015.

The shop started as a fashion boutique, but James McDonald was convinced to explore the possibilities of hemp fiber and textiles after contracting to provide t-shirts for a music festival in 2003.

The company went through a brief stint selling “smart drugs,” including psychedelic mushrooms which were not illegal in Ireland at the time, but then returned to hemp goods, including CBD.

The McDonalds were able to import Colorado’s Charlotte’s Web CBD to Ireland. They shared it with Vera Twomey, a medical cannabis activist and mother of daughter Ava, who suffers from a severe form of epilepsy called Dravet’s Syndrome.

“Ava is our own Charlotte Figi,” said James McDonald, referring to the late Colorado Dravet’s patient for whom Charlotte’s Web was named. Figi died in 2020 at age 13.

These young epilepsy patients have brought CBD into the public consciousness.

Meanwhile, players in Ireland’s large pharmaceutical industry are applying to the EU licensing boards for approval of synthetic CBD, while local farmers are being discouraged from growing it.

Carbon-sequestering hemp as a specialty crop could mitigate some of the ecological damage caused by Ireland’s two big agricultural products, beef and dairy farming, hemp advocates have argued.

Farmers could be growing hemp instead in Ireland’s fertile soil, the McDonalds say.

“There’s 40 shades of green in the Emerald Isle,” Marc McDonald said. But the government seems to favor fiber hemp, which requires larger tracts of land than are common.

Hemp suppliers in Ireland since the 1970s have created a complete supply chain which has been providing building materials and other products, Allen said. But even though the industry is mature in Ireland, “it’s quite small,” Allen added.

Meanwhile, the McDonalds and Allen are hoping that the different hemp industries in Ireland can provide a united front to convince the Irish government to follow the lead of the EU.

“We’re trying to unite the farmers and the retailers and everybody together,” Marc McDonald said. “It hasn’t been easy but we’re getting closer.”

Ireland has also been watching the state-by-state legalization of THC cannabis in the United States and the tax revenue brought in by adult-use pot. The McDonalds visited Colorado for the Noco Hemp Expo a few years ago and have followed the legalization of recreational marijuana in the state.

“Colorado is a [population with a] similar scale to Ireland and they’ve passed a billion dollars in cannabis tax revenue, while Ireland has had a big zero,” said James McDonald.

Meanwhile, the McDonalds, like others in Ireland’s small hemp industry, are trying to hold on economically while regulations catch up with consumer demands.

“Money is not our key motivator, but it bloody helps,” said Marc McDonald. “In Ireland we need to work together to secure the industry in the first place, so we can grow the marketplace.”