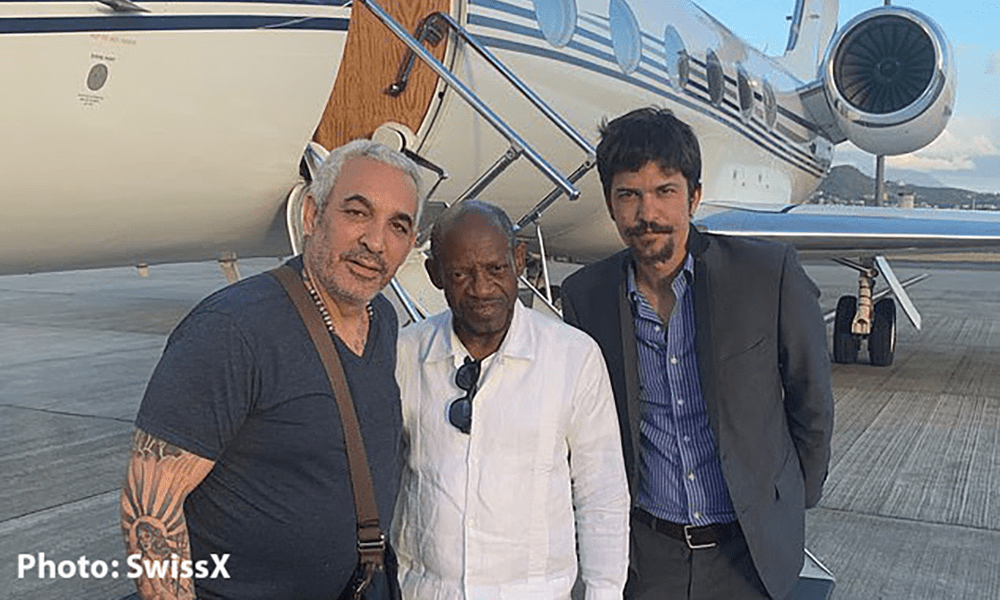 Greek Coca Cola heir Alki David has been arrested along with his fellow billionaire business partner after landing in St Kitts on a private jet with actor pal Jonathan Rhys Meyers accused of carrying $1.3 million worth of cannabis on board.

David, 50, and Chase Ergen, heir to satellite fortune, are said to have transported an estimated 5,000 cannabis plants as part of their new business to ‘develop legal cannabis businesses in the region’.

But they were pulled asid

Alki David, four time St. Kitts-Nevis Prime Minister Denzil Douglas, and Chase Ergen on the tarmac in St. Kittse by customs officials after landing and said to have been held for eight hours before being let go and then arrested as they tried to leave the island days later.

Long Row to Hoe: Hemp on the Slope Helps Growers
by The Daily Sentinel

In this new episode of the Let’s Talk Hemp 422 Podcast, you’ll hear Patrick Flaherty from P F Design Lab, who is studying the entire supply chain of hemp in the U.S. to better understand where hemp can replace traditional materials. While the hemp market in the United States continues to grow, there is still a disconnect between the farmers growing the hemp and the manufacturers who can make use out of it. This is an amazing story of the versatility and opportunity that remains largely untapped in the emerging hemp market

Send Us Your Hemp News