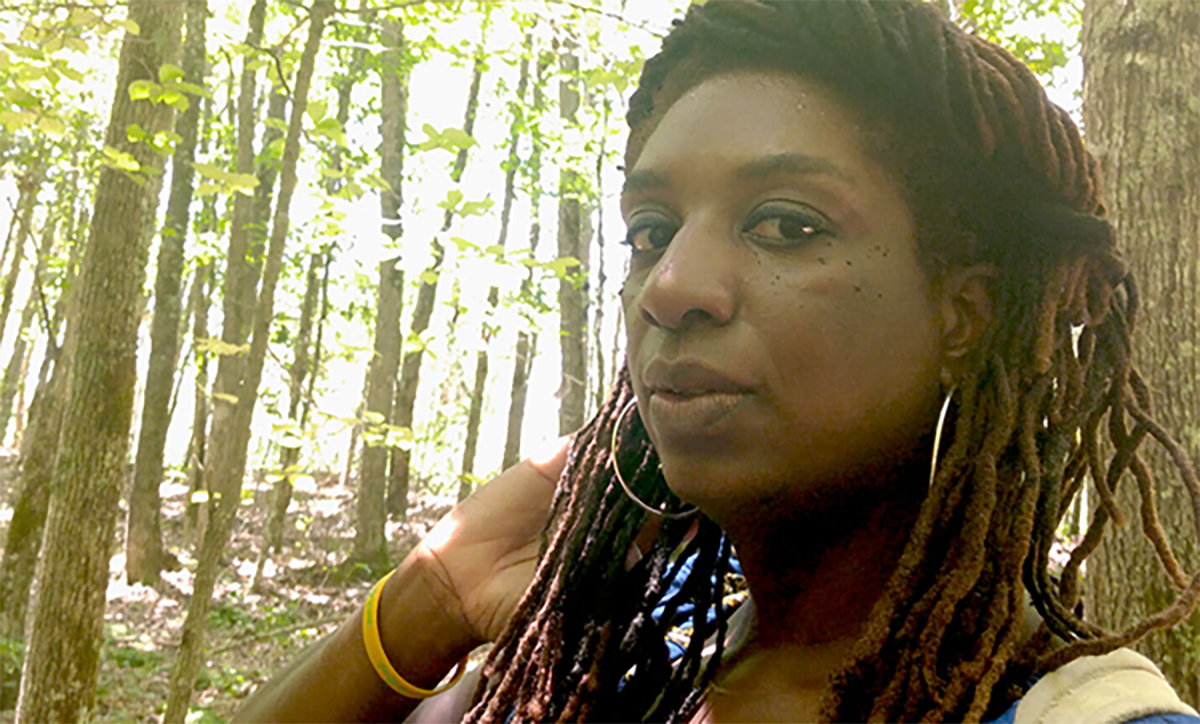 In February 2020, I spent time in Africa (The Motherland), in Jamaica (my MOTHER’s land), and at agricultural conferences and farms throughout the United States. At one point years ago, I had no interest in spending time outside, much less on a farm. However, when I became a part of the Cannabis industry, that all changed. Cannabis led me to Agriculture and encouraged me to embrace my Agrarian past. I have now come to love my time spent on farms around the world. So as I reflect on another revolution around the sun, I step fully into my profession as a Cannabis and Agricultural Attorney.  I have even come to refer to myself as an Agriculturalist.

As a young child living in New York, I grew up enjoying my grandmother’s garden.  She planted tomatoes, mint, roses, and corn annually.  The cycle of planting season, harvest, and then the fall season was a part of my life, but I barely noticed it.  Once we moved to Florida when I started high school, my parents started to plant fruit and vegetables that they’d longed for from their past life in Jamaica. We had bananas, numerous citrus fruits, varieties of mangoes, Ackee (the Jamaican National Fruit), coconuts, June Plum, yams, and sugar cane growing in the yard. Each month represented a season of harvest for different plants. Though my parents had lived in the United States for decades, they had not forgotten the “goodness” of freshly grown food on your plate, especially if grown by your own hands. In contrast, I could not tell one tree from another unless the identifying fruit was in season. When I visited my family in Jamaica, there were chickens in the yard and goats traveling up and down the streets. However, I did not associate those animals with livestock farming; they were just my entertainment.

Later in life, I found unexpected links to these memories within my Cannabis journey. As soon as I started participating in the cannabis community, I noticed the lack of diversity, especially with regard to the inclusion of brown people. The “Farm to Pharmaceutical” and “Farm to Bedside Table” movement did not reflect my community nor my heritage. Black people have been farming and feeding America for CENTURIES. Why then in this lucrative farming opportunity known as Cannabis, did I fail to see significant numbers of black people gaining cultivation licenses in my beloved industry? How did we get here? In order to answer that question, I explored my own relationship with agriculture and with the soil.

The Trauma of Enslavement

There is a lot of trauma associated with black people and the soil. Many of us associate farming and working in the soil with the historical period of enslavement. The image of black people toiling in the soil reminds us of oppression, forced labor, rape, and torture. Despite the gardens of my childhood, I was one of those people. But as I started to attend Black Farmers’ Conferences around the country, I noticed some alarming trends. The first trend is that black farmers were aging and I did not see enough of my generation or the next who were willing to follow in the profession. I also took note of the fact that there was not as much discussion of technological innovation at these conferences akin to those I saw in the mainstream conferences.

I knew that part of my mission was to first address my trauma related to working in the soil and then encourage more black people to do the same, especially younger black people. Farming, bringing a seed to life, and stewardship of the land, are all important parts of our heritage that need to be preserved. I committed myself to spending more time on farmland, and as I did so, I fell in love with it. I started taking Agriculture certification classes offered for new farmers by Dr. Gilbert L. Queeley, PhD., at Florida A & M University so that I could be credible in my outreach to Black Farmers. At this point, I transitioned from being solely a Cannabis Attorney, to an Agriculture Attorney as well. I also changed my language about the era of enslaved people of the African Diaspora in the United States. In Ghana, I was reminded by Dr. Princess Asie Ocansey, a prominent member of the Ghanaian royal family and internationally-recognized business engineer and humanitarian activist, that Black people were never simply slaves. They were scientists, doctors, philosophers,  community leaders, teachers, mothers, sons, daughters, fathers, architects, builders, hunters, who were enslaved by people who would commit treacherous acts in order to have free labor.

In my recent trip to Ghana, I got to put my feet in the water of the other side of the Atlantic, which would have been the last part of home seen by those who were enslaved and brought to America. I was also given my African name: the name that I would have had if my ancestors’ lives had not been disrupted by enslavers. By knowing my name – Ama (born on a Saturday) Serwe (beloved daughter of the king) – I felt a bit of fog clearing with regards to my identity. I could reposition the 400 years of enslavement and trauma as just a “pause,” allowing me to determine who I was meant to be and how  I was meant to contribute to my community. There is power in restoration and having a mindset of overcoming the past. And as we know, your past does not dictate or define your future.

In the Black community of the United States, it is safe to say that everyone knows someone who was incarcerated for a cannabis-related crime. I often say that a Cannabis charge is the gateway to the prison industrial complex. As a result, it is difficult to initiate a conversation with a Black Farmer about growing Cannabis. This is also true for hemp, even though it was legalized and descheduled at the Federal level by the 2018 Farm Bill. When I speak to black farmers about growing Cannabis, there is a hesitation because our experience demonstrates that a person can be locked away for decades for just a joint.

The HBO series The Watchmen opens with a scene of the brutal elimination of “The Black Wall Street” in Tulsa, Oklahoma through the massacre of 1921, known as the single worst event of racial violence in American history. Unfortunately, this was not an isolated occurrence in post-enslavement America. A self-sustaining community of black people was considered a threat. Lynchings were a common occurrence well into the 20th Century. As a result, many black people left their land, their Agrarian professions, and everything they knew in order to move North for safety and opportunity. Some spoke of their family’s history in the South, others never mentioned it again due to the pain, and their children knew better than to ask. We became detached from our love of growing food and the land.

At one of the minority and small farmers conferences where I speak, I met Lillian “Ebonie” Alexander, Executive Director of the Black Family Land Trust, one of the nation’s only regional land trusts dedicated to the preservation of Black and other historically underserved landowners’ assets. Alexander did an excellent presentation detailing exactly what was lost during this migration. However, as is evident through the very existence of her organization, this relationship with the soil is still present in our DNA. I believe that is a huge contributor to the growing number of black people who are embracing Urban Agriculture in cities across America.

The Decline in the Number of Black Farmers

The most recent USDA census indicates that the percentage of Black Farmers is at 1.6%, which is not representative of the percentage of Black People in the American population. In 1920, that number was 17%. The trauma and migration discussed earlier partially explain why that number has not increased over time. Further explanations include the generational gap between older farmers with experience and the younger generation, in addition to the issue of the documented systematic elimination of black farmers due to access to capital issues and unfair practices.

Despite these factors, I believe that cannabis can bridge that gap and create an “Agricultural Renaissance”. It is time for us to take back control over what we put into our bodies and how we nourish ourselves. So much of our well-being, health, and quality of life is tied to what we put into our bodies and the best way to control that is to grow your own. My mom refers to planting and nurturing her plants as therapy. I really believe that there is a level of healing that we as black people cannot tap into unless we reclaim our relationship with the soil and living things.

When I speak at conferences around the world, I encourage people of color to get involved with growing their own food. If I, a person who barely went outside to witness the family garden, could become an Agriculturalist and hemp farmer, then anyone can restore their relationship with farming and the soil. An important part of this transition is finding available resources. I have learned the most by attending farming conferences, taking courses, and reaching out to extension programs of local Universities. I am now the Executive Director of the Black Farmers and Agriculturalists of Florida. This is not something that I would have predicted ten years ago. My consulting firm Green Sustainable Strong  works with farmers all over the world. My recent trip to Ghana has inspired me to incorporate contributing to the continent of Africa into our Agricultural Development Strategy.

Black Farmers in this  country have always been a vital and necessary presence. They are not going to disappear on my watch.

Scheril Murray Powell is an Agricultural and Cannabis Attorney.  She is In House Counsel for Sunflora/ Your CBD Store.  She is the former Director of Federal Affairs for the Florida Department of Agriculture and current Executive Director for the Black Farmers and Agriculturalists of Florida. She is on the Board for the Hemp Feed Coalition and U.S. Hemp Roundtable.  She is President of Green Sustainable Strong, LLC, SMP Staffing, LLC, and Cannurban.com. Scheril is the recipient of the Crohn’s Foundation Blood, Sweat, and Tears Award and the Cannabis MVP Award from the Cannabis Business Award. She works on legalization efforts with leaders of Foreign Nations.

Is CBD Isolate Losing Its Appeal?
“Yes, Bob, There Is a Hemp Industry”