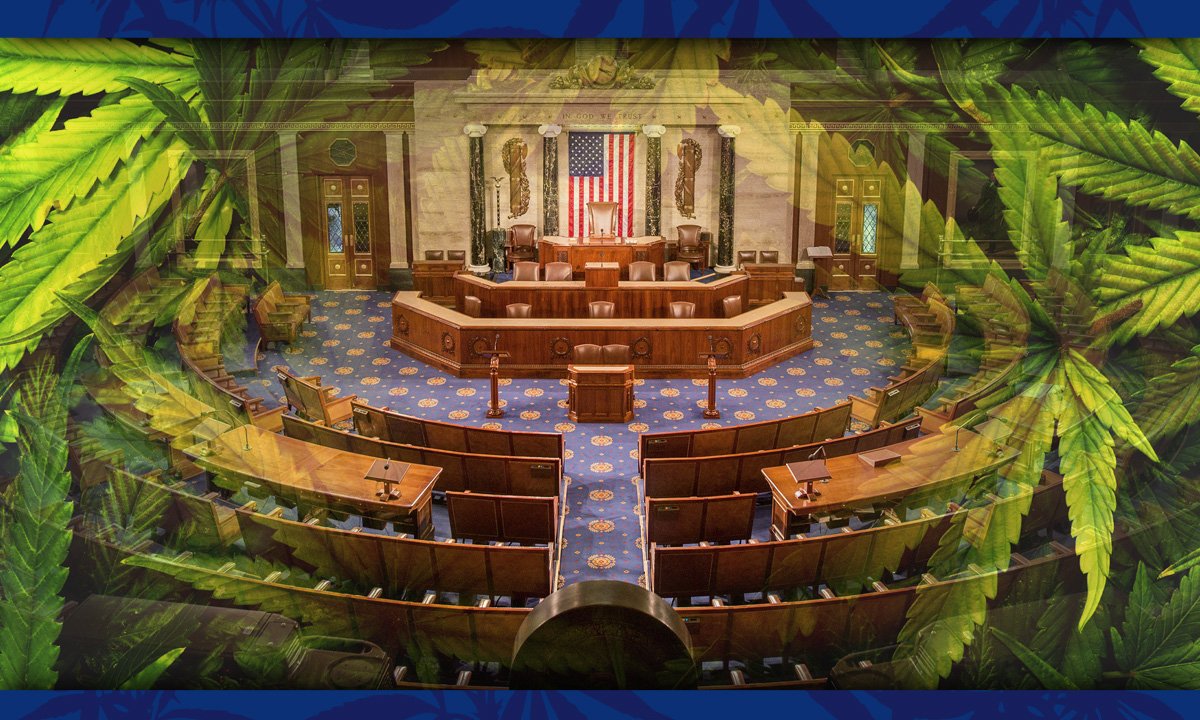 In a historic, first hearing held by Congress on hemp and CBD, U.S. Hemp Roundtable Vice President Eric Wang urged legislators to address FDA’s inaction on CBD regulations in the 2023 federal Farm Bill. The hearing, “An Examination of the USDA’s Hemp Production Program,” was held on July 28 by the U.S. House of Representatives Agriculture Committee’s Subcommittee on Biotechnology, Horticulture and Research.

Wang, USHR’s VP of Sustainability and CEO of Ecofibre, a leading hemp manufacturer with offices in Australia, Lexington, KY,  and Greensboro, NC, encouraged legislators to incorporate language in the 2023 Farm Bill that would regulate cannabidiol (CBD) and other non-intoxicating hemp derivatives as dietary supplements.

“The hemp industry has been severely hampered by the slowness of the federal Food and Drug Administration (FDA) to create a regulatory pathway for hemp-derived cannabinoids, particularly cannabidiol,” said Kentucky Commissioner of Agriculture Ryan Quarles, who also testified at the hearing, reported Food Business News. “Without clear direction from FDA regarding products containing hemp-derived CBD, large retailers will not carry the products and many business leaders are reluctant to move forward with the development and manufacture of CBD-related products. That reluctance, in turn, has dampened industry demand for harvested hemp material.”

“While Congress made clear its intent to support the production and sale of hemp and hemp derivatives such as CBD within the 2018 Farm Bill, public statements by FDA officials stating that it is unlawful to sell ingestible hemp-derived CBD products have taken their toll on the industry. CBD commerce and investment, which has contributed to the majority of hemp farming and production, have been chilled due to continued inaction at the federal level, impairing economic opportunity for American farmers. Worse, a 90% commodity price collapse has led some farmers to chemically convert surplus hemp CBD biomass into intoxicating products which are being sold at retail, sometimes to minors,” USHR said in a statement.

“Our top priority is securing legislation that would legally recognize and regulate CBD products, requiring the FDA to finally take action, and there was overwhelming bipartisan support on the subcommittee for doing just that and including a provision in the 2023 Farm Bill that would require FDA to regulate CBD as a dietary supplement and food and beverage additive,” Jonathan Miller, U.S. Hemp Roundtable General Counsel and Member-In-Charge at Frost Brown Todd’s Washington D.C. office, told Let’s Talk Hemp.

“FDA has pledged for years to develop a regulatory pathway for CBD but they’ve been dragging their feet and have not taken any substantive action,” Miller continued. “The agency keeps saying it is concerned about the safety profile of CBD and wants more research, however, the research out there is pretty comprehensive and compelling. FDA cites that Epidiolex has been introduced as a pharmaceutical and, as such, it argues that the the drug exclusion clause law has to be changed. Yet, we’ve stated from the beginning that CBD is used as a dietary supplement.”

Adds Miller, “We’ve got on video that the subcommittee chair, Rep. Stacey Paskett (D-US Virgin Islands), and ranking member Rep. Jim Baird (R-IN) both agree that we need to regulate CBD and find a pathway for dietary supplements. This should hopefully give us momentum for the industry’s efforts to pass legislation: H.R. 841 is the leading bill we have which would establish a regulatory pathway for CBD as a dietary supplement. We are hopeful this will be motivation for the House Energy and Commerce committee ,which has jurisdiction over the FDA, to finally hold a hearing and begin to move this legislation along,” he said.

Hemp Producers Express Concern Over Schumer’s Marijuana Decriminalization Bill
In related news, hemp producers are expressing concerns over Senate Majority Leader Chuck Schumer’s new bill, S. 4591, the Cannabis Administration and Opportunity Act (CAOA), introduced on July 21. According to Schumer’s office, the bill, co-sponsored by Senators Ron Wyden (D-OR) and Cory Booker (D-NJ), would remove marijuana from the list of federally controlled substances; allow states to continue taking the lead on regulating the industry but also maintain prohibition in states that have not legalized; establish a “regulatory regime similar to alcohol and tobacco” from the federal government; and boost the allowable THC in hemp from 0.3% to 0.7%.

In addition, the bill includes a 10% national tax on all marijuana products for the first two years if the bill becomes law, and that tax would gradually ramp up to 25%, a provision opposed by cannabis trade groups. However, in the current version of the bill, that tax rate will only apply to “larger cannabis businesses,” while the excise tax for “small and mid-sized producers” would be only half the rate, starting at 5% and increasing to 12.5% over five years, according to Schumer’s office.

Hemp advocates, however, have expressed concern about a number of details in the bill that they feel could adversely affect hemp producers. In particular, industry leaders want to know why the measure allows 0.7% THC but not 1.0%, which has long been suggested by farmers and manufacturers, as well as State Departments of Agriculture, which in 2021 voted 46-3 to raise the limit to a full 1.0%. Others fear the proposal could ban full-spectrum CBD products and is an attempt by marijuana interests to eliminate competition.

The redefinition of hemp to 0.7% total THC is still too tight, says economist Beau Whitney. In a recent survey to cultivators, over 20% of those that had test failures tested above 0.7%. Very few were above 1.0%, Whitney reported. In reviewing the bill, Whitney also expressed concern that the limit for processed goods is so restrictive that it would likely impact 11,000 farms and reduce agricultural employment by 61,900 – 81,000 workers.

Q&A with Dr. Bridget Williams — Board-Certified Physician and Cannabis Educator 
Hemp Foods for All: Explore the Lineup of Hemp Food Companies at Southern Hemp Expo (SHE4)