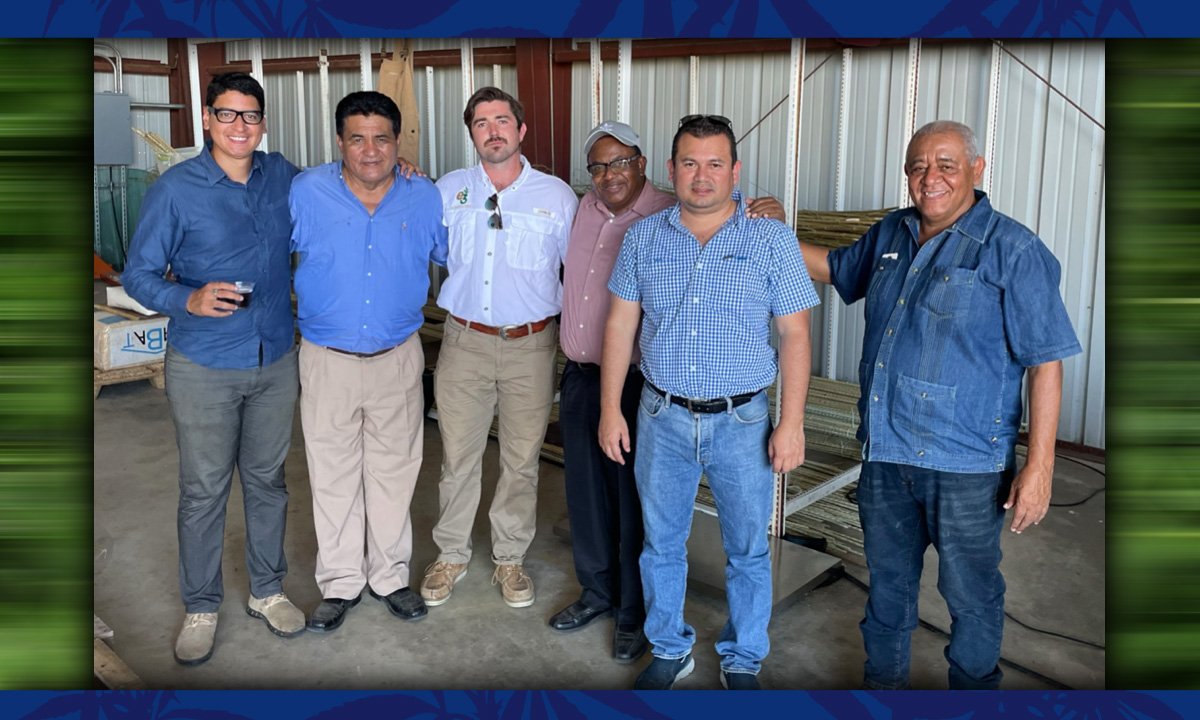 While working on the home front to push every button available to advance our fiber and grain hemp exemption legislation into the starting gate before the midterm elections, and while preparing for deliberations on the 2023 Farm Bill that will get into high gear come the new congressional session in January, the NHA turned its attention to five major events happening in the same week in September.

In addition to hosting a delegation from Honduras in Texas, we attended the annual United Nations General Assembly events that we had been planning. For those who have not seen the report, this high-security week could not have been more hectic. Yet in typical New York fashion — bigger is better — UNGA overlapped with Climate Week NYC events and satellite conferences. It was a madhouse. World leaders, activists, corporate CEOs, NGOs, celebrities, politicians and heads of UN, NATO, EU and Commonwealth agencies, each with their own security team, all descended on that little, already hectic island known as Manhattan!

Yet it was a perfect storm for NHA to advance our mission to educate the world on hemp as a global commodity for food, feed, energy, housing, bioplastics, textiles, paper and climate security.

You never know who you will see or meet. The business center at our hotel was a hub for delegation members’ last-minute speech writing, policy statement rewrites, press releases and printing. I needed to print additional copies of the informational handout we’d prepared and, seeing that the person in front of me was having operational challenges with the only printer, I offered to help. As it turned out, this individual was from Egypt and was one of the ranking members on the United Nations COVID 19 Response and Preparedness Policy Committee. She commented that even dealing with a global pandemic did not provide one with the skill to format a printer to accept Arabic. Yet, together we found the solution to this challenge.

This became a theme throughout the dozen major events and with the more than 50 — maybe 60 — groups and individuals we encountered: Hemp is and can be part of the solution to many of the world’s challenges. Although there were many opportunities to celebrate the advancement of the hemp industry, such as hearing global leaders speak the word “hemp” out loud, it was more than abundantly clear that there is much work to be done, just as there is here at home, to elevate the discussion about hemp as a commodity.

Global Food Security Summit
The first highlight was from the Farmer First Session of the Global Food Security Summit. The president of Malawi declared that his nation is open for business to become an agricultural hub for Africa – including for hemp! He and I met after his address and he immediately wanted to learn more and about how we could work together. Malawi’s biggest issue, he said, was finding the right genetics for tropical climates. We were happy to advise that one of our NHA members has more than 600 registered varieties, many for tropical regions. With that, he confirmed that the next priority was attracting investment to build the supply chain. Sounded very familiar. USAID is very interested in helping to develop a robust hemp industry as it grapples with supply challenges, not only the immediate need resulting from the war in Ukraine, but also the challenge of helping the 75 million Africans who go to sleep every night not having had a meal in the last 24 hours.

Another highlight was Ambassador Cindy McCain, who oversees the UN Agencies in Rome, including those dedicated to food and agriculture (World Food Programme, Food and Agriculture Organization and International Fund for Agricultural Development). Upon learning about hemp becoming part of the solution for food security, FAO invited NHA to speak next month as the agency works diligently to load more arrows into its quiver. It was good to see those from the U.S. State Department charged with food security putting forth their priorities and seeing how hemp can nicely fit into that plan. It also was great to have sidebar discussions with our U.S. delegation members, getting to know them as humans, learning their interests and likes — they all have lives outside their service to our nation.

Net Zero/Zero Waste 2022
Days 2-4 were more focused on climate, net zero and zero waste — and were filled with meetings, discussions and presentations from dozens of North American CEOs; representatives from companies leading sustainability and producing products that address climate and CO2; entrepreneurs building companies that two years ago would not have mattered yet today are of vital importance, who were not only looking to incorporate natural fibers into their solutions, but to do so while addressing the environmental issues facing us here at home and around the globe. The challenge for us was which meetings would present the best opportunities for hemp. Was it the meeting with the president of Shell who is looking for action, not just talk, about a plant-based solution for biofuels? Or was it the meeting to discuss a carbon credit platform for agriculture? Meetings with representatives of the largest banking institutions in the world who were seeking solutions – not only for their own internal challenges, but investments within ESG frameworks?

NHA Hosts Costa Rica Luncheon
If all that was not enough, NHA was proud to plan a luncheon for President Rodrigo Chaves Robles of Costa Rica. We had helped the previous administration of that country with regulations and legislation. However, in July, Tropical Storm-turned-Hurricane Bonnie caused massive flooding and mudslides, which meant that President Robles had to remain in Costa Rica to oversee the recovery.

In his stead, Costa Rica’s minister of foreign trade, Manuel Tovar, was the guest of honor. He discussed with us how the new administration is approaching big issues: “Small country, BIG thinking!” The administration is working to establish cooperative agreements with several countries, including New Zealand, Israel, Ireland, Australia and Fiji, and is looking at technology and agricultural agreements that can be developed. He also noted that Costa Rica holds 8% of the world’s biodiversity, which the administration has a mandate to preserve and protect. Hemp and cannabis have a leading role in the government’s list of priorities.

Minister Tovar’s team was aware of the work undertaken by the NHA SCIHO co-chair, Cree Crawford, to advance education. Cree, along with Dan O’Bryan, organized and hosted the first Cannabis Science and Industry Congress in San Jose, Costa Rica’s capital. I was able to discuss the work that NHA Gold Member Merida Capital Holding just announced in that nation, as well as the significant footprint that NHA member Marco Feijoo of Tropical Hemp and Tropical Cannabis has in both Central and South America.

All guests at the luncheon were excited about hemp’s potential. Guests also included leading companies and organizations that have had longstanding relationships with Costa Rica and some that are fairly new to the region, including ADA Health, PATH, BGD Holdings, Cure Violence, Ecopetrol, Latin America Procter and Gamble, University for Peace, HSBC and KPMS US. Big thanks to Minister Tovar for the welcoming remarks and to the Ministry of Foreign Trade and the Office of President Robles!

What a fantastic United Nations and Climate Week NYC! While we met dozens of people who have followed our work and lead, as well as world leaders talking about hemp, many more didn’t know or understand the potential of hemp as a commodity and what it has to offer their industry, country and the world! Still lots of work to be done — one step at a time!

That initial meeting led to the coordination and deployment of the recent Honduran Hemp Education Mission in Texas (Sept. 21-24), approved by the Honduran Congress and led by two ranking, bipartisan members of Congress, Wilfredo Sabio (Partido Libertad y Refundación) and Gustavo Gonzalez (Partido Nacional), who will provide a full multimedia briefing to Honduras’s Congress, with the goal of creating a legislative bill to legalize industrial hemp in Honduras.

The mission spent the first full day with members of Texas A&M AgriLife academic and research faculty, including Dr. David Baltensperger. The second day was spent with the Texas agriculture commissioner, Sid Miller, and staff with a hemp field visit and hemp product discussion with Lucas Evans of E3 Ag. On Day 3, the group met with Ray Kaderli of Hemp Builders Network to view a pilot hempcrete home.

Geoff Whaling is chair of the National Hemp Association