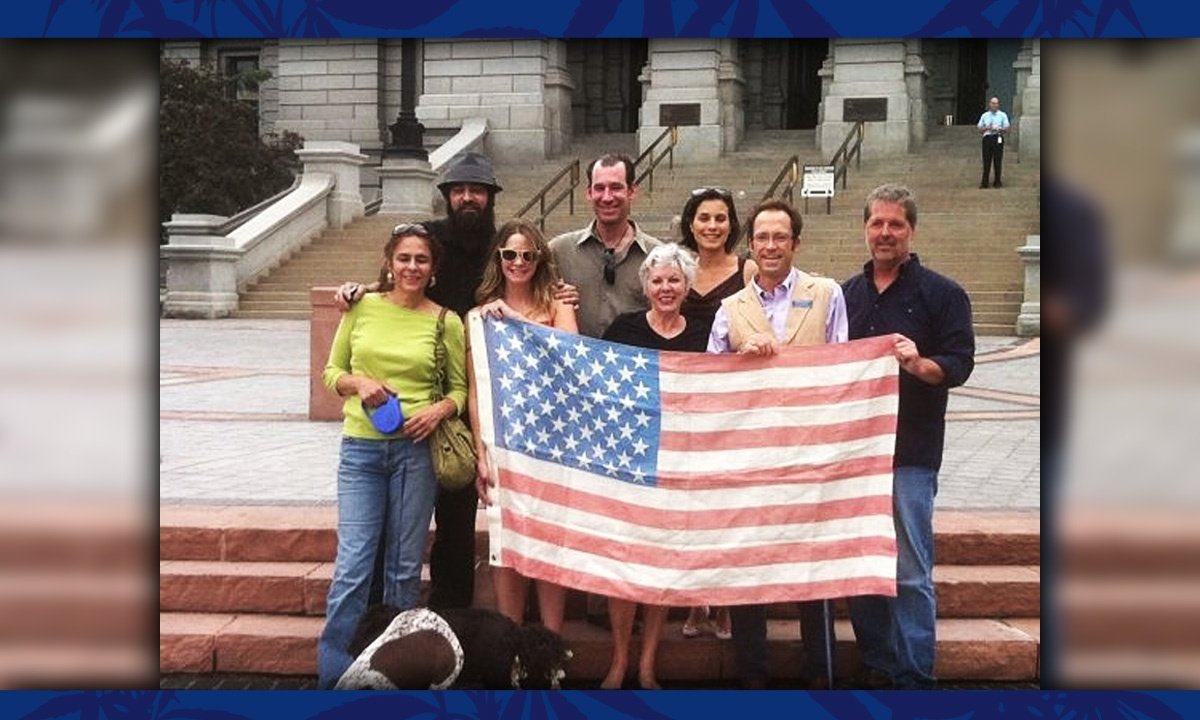 As Coloradans celebrate Colorado Hemp Week the first full week of June, it’s important to remember the people who helped make the state a leader in the national re-legalization of industrial hemp.

The historic role in hemp’s history of now-septuagenarian Denver-based citizen advocate Lynda Parker should be remembered as an example of how an ordinary citizen, with a cause, can make enormous change, hemp farmer and author Doug Fine told Let’s Talk Hemp.

Parker, now truly retired in the Denver area, deserves acknowledgement for her hard work, lobbying the state legislature as an unpaid citizen activist for six years starting in 2006 – long before hemp became legalized nationwide in the 2018 Farm Bill.

A “non-threatening” but tenacious retiree, Lynda Parker saw the importance of hemp “in neon letters,” and worked behind the scenes to become one of the OGs of U.S. hemp history. But few know her story of determination and success.

Parker’s relentless lobbying for hemp in Colorado culminated in the 2012 passage of Amendment 64, a Colorado voter-based referendum legalizing marijuana in the state – and also legalizing industrial hemp.

“Little did we know at the time what the ripple effect of Colorado’s Amendment 64 would be [for hemp] nationwide,” said Michael Bowman, a sustainability activist and Yuma, CO hemp farmer.

Hemp gained new traction nationally in 2013, when a hemp flag flew over the US Capitol on the 4th of July, sponsored by then-congressman (now Colorado Governor) Jared Polis (D).

Lynda Parker was present when the same flag later flew above the golden-domed Capitol of the Denver statehouse.

“If we’re serious about climate change and the environment, there is no single thing we can do that is more impactful [than grow industrial hemp],”a foresighted Parker told the Washington Post – in 2013!

In his 2014 book Hemp Bound Fine described how Parker, the “matriarch of hemp in the Rocky Mountain State,” began her hemp activist journey.

Lynda retired in 2005 from her job selling telephone book ads and “took a year off to decide what I wanted to do with my life.” She had been introduced to the economic benefits of industrial hemp in the 1990s when she took a political science course on the passage of bills through the legislature, focusing on an early hemp legalization bill that ultimately failed.

She recognized that hemp could provide economic benefits to financially stressed farmers, while helping the environmental needs of the planet, she said.

“I remember where I was when it came to me clear as day,” Parker told Fine. “It was hemp in neon letters. Hemp was the biggest difference I could make for the planet as an individual,” she said.

Then came the hard work.

Parker championed hemp’s cause to her friend and state representative, (later state senator) Suzanne Williams (D-South Aurora) to lobby Colorado lawmakers. She traveled for years (on her own dime) to rural Colorado farmland and to Canada to speak about the economic and environmental potential of hemp, Lynda’s sister Jan LaBrie told Let’s Talk Hemp.

“We became fast friends, a mutual admiration society of two,” Bowman told Let’s Talk Hemp in an email. “Lynda, an urban activist, myself an eastern plains farmer looking for sustainable crop alternatives. She was the Yin to my Yang; a rendezvous at the intersection of consumer demand supporting a transitioning agriculture through sound policy.”

The two hemp activists pounded the hallways of the Colorado legislature for years in a sometimes lonely mission.

One bright light in the campaign was the Canadian consulate’s agriculture team, which encouraged Lynda and Bowman to use their conference room for meetings, legitimizing the cause.

Canada had legalized industrial hemp for grain and fiber in the 1990s and was trying to grow the industry. The Canadian consulate also spoke to Colorado law enforcement, explaining they had no problems with their own hemp industry.

By 2010, a shift in consciousness began, and Colorado passed a resolution in support of hemp legalization that was sent to the White House and Attorney General Eric Holder. The resolution focused on hemp’s answer to issues farmers were facing—”water shortages, debt, and the truth about hemp as a soil restorer and cash crop,” Parker told Fine.

Finally, in 2013, as she witnessed the hemp flag fluttering over the Capitol – made of the same textile material sewn originally by Betsy Ross in colonial America – Parker realized her years of hard work had come to fruition.

“Farmers are planting, I consider this achieving the goal,” Parker said.

As hemp gained momentum across the country after almost 80 years of prohibition, President Barack Obama signed the 2014 Farm Bill which allowed “institutions of higher education” and state agriculture departments to grow hemp under pilot programs, as long as state law permitted it.

Unlike other states like Kentucky, Ohio and Pennsylvania, Colorado did not have a prior history of hemp as a major crop before federal prohibition in 1937.

But Colorado – given a head start by the legwork of Parker, Bowman and lawmaker Williams – jumped into hemp headfirst. Colorado issued some of the earliest hemp licenses issued in the United States, and recorded among the largest hemp acreage farmed.

Lynda should have “buildings named after her,” Fine said, but other than a small appearance in a hemp documentary, the influence of this determined Colorado hemp advocate has been obscured by time.

After hemp’s legalization in Colorado, Lynda Parker served on various advisory boards and remained a champion for hemp for several years.

“For decades, Lynda has been an amazing advocate for industrial hemp and an inspiration for many to get involved and step up their game, including myself,” said Morris Beegle, publisher of Let’s Talk Hemp and founder of Colorado Hemp Company and We Are For Better Alternatives.

“When I think of leaders and good human beings who have made a difference and positive contribution to this emerging industry, Lynda is definitely on the short list,” Beegle said.

Parker, with no political experience, started a ball rolling in 2006 that changed the course of hemp history years later, Fine points out.

“I am a mainstream face for hemp. It doesn’t get any more mainstream than a gray-haired lady who sells yellow pages advertising. No one was threatened by me.”