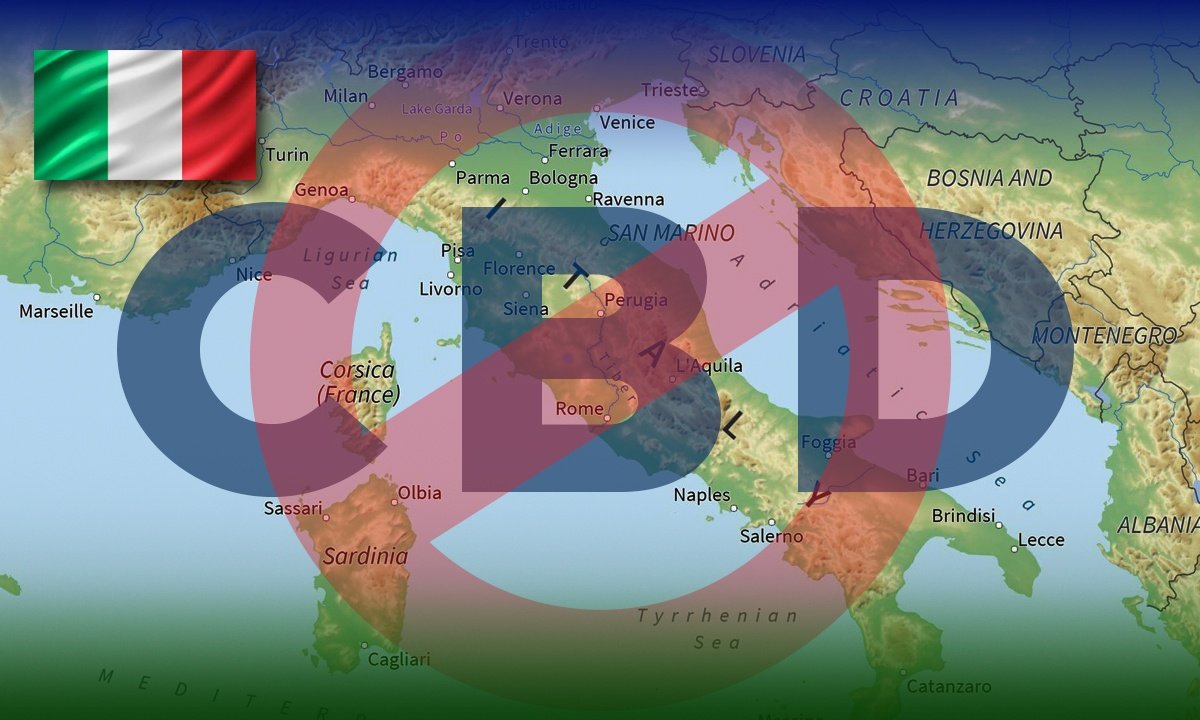 While the EU is the world’s second largest market for hemp-derived CBD products, Italy’s Ministry of Health this week decreed CBD is a drug, and retailers were warned not to sell hemp extract products, in conflict with the country’s Agriculture Ministry, which listed hemp flowers for “extraction uses” as an agricultural product, and not a drug.

With the CBD-based pharmaceutical, Epidiolex, manufactured by the UK’s GW Pharmaceuticals, poised to enter the Italian market, hemp-derived CBD was classified this week as a narcotic in Italy by the country’s Ministry of Health. According to a HempToday report on October 20, CBD was officially added to Italy’s list of medicines.

In addition to the ruling, Italy’s Customs and Monopoly Agency immediately followed up with a warning to retailers, advising them “not to hold and sell … inflorescences (flowers), oils, resins or other products containing substances derived from hemp sativa,” HempToday reported.

The move comes in conflict with the country’s Agriculture Ministry, which published an official decree in August 2020 that listed hemp flower, or “canapa infiorescenza,” for extraction uses as an agricultural product.

Concerns Over Proposed EU CBD Regulation
Italy’s decision contributes to the hemp industry’s concern that the EU market overall is becoming less friendly to hemp-derived CBD products. According to Better Retailing, retailers in Europe could see up to half of existing CBD brands disappear due to upcoming cost-prohibitive regulation.

“From 31 March 2021, CBD food, drink, oil and supplement brands must be able to prove that products released to [the EU] market before 13 February 2021 have a validated novel foods application to be legally allowed to sold in stores. It applies only to ingested goods, meaning CBD vaping lines are exempt,” Better Retailing reported. According to Better Retailing, it could cost more than $500,000 to have each product line submitted for EU regulatory approval.

Then, in July 2020, news reports shared that the European Commission was suspending applications for CBD to be included as a novel food. Instead, it was learned the commission is reviewing whether CBD and other extracts derived from hemp flowers would be better regulated as narcotics. The reasoning behind the suspension was based on a reference in the United Nations Single Convention on Narcotic Drugs in 1961, which states that “’extracts and tinctures’” of the flowering tops of the hemp plant (cannabis sativa) should be classed as a narcotic,” reported New Food Magazine.

While it is still only a proposal, the ramifications of such a ruling has the European hemp industry quite concerned. Responding to the proposal to rule CBD as a narcotic in the EU, the European Industrial Hemp Association (EIHA) accused the European Commission of being “poised to kill the EU’s hemp sector,” Hemp Gazette reported.

“If confirmed, this position is likely to strike the final blow to the sector and deprive farmers from a low maintenance and profitable rotation crop with the potential to bringing environmental benefits,” the EIHA said in a July 2020 statement. “Cannabidiol would stay on the market but only in synthetic form, produced via polluting chemical manufacturing.”

According to EIHA’s view, “Industrial hemp and its downstream products are not narcotic or psychotropic drugs.” Further, EIHA stated that “hemp is exempted from the scope of the United Nations Single Convention of 1961, whose authors made a clear distinction between cannabis varieties grown for the production of drugs (falling under the scope of the treaties) and exempting those grown for any other purpose (i.e., low-THC varieties). On top of that, EIHA states clearly that not all hemp extracts shall be considered novel but only the enriched and isolated ones,” the organization stated.

“EIHA collected many evidences which clearly demonstrate that traditional hemp extracts were widely used as food for centuries. Traditional hemp extracts, which have been consumed for centuries in Europe and worldwide, should therefore be considered as traditional food according to food regulations. Hemp extracts processed by new extraction methods should be subject to the respective legal frameworks of the Novel Food Regulation (EU) 2015/2283,” EIHA asserted.

Meanwhile, in Italy, hemp industry observers expressed concern that GW Pharmaceuticals’ desire to enter EU markets – and its recent request to begin marketing in the Italian market – may have prompted the Italian Ministry of Health’s decree establishing narcotics status for CBD, reported HempToday.

According to HempToday, “It remains to be seen what will happen in Italy with smokable hemp, which is based on hemp flowers (“inflorescenses”) and therefore not extracted, under the Customs and Monopoly Agency’s stop-sell order.” Sold as pre-rolled cigarettes and loose in pouches, smokable hemp has grown in popularity in Italy, Switzerland and elsewhere in the EU over the past few years, HempToday reported.

Also, HempToday pointed out that hemp flowers can also contain hemp seeds, “which are technically legal in Italy, raising still further potential confusion.” Approximately 80% of Italy’s agricultural hemp production is in food seed, according to a report published in February 2020 by the Foreign Agricultural Service of the U.S. Department of Agriculture.