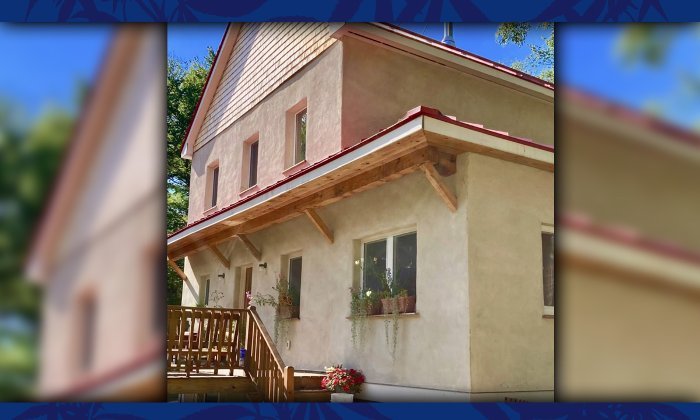 This article originally appeared in HempBuildMag.com.

Hemp building materials moved one step closer on the path toward certification in US building codes at a Rochester, NY hearing of the International Code Council.

The ICC on April 2 approved hemp+lime (hempcrete) construction for inclusion into the appendix of the International Residential Code at a Committee Action Hearing in a quick meeting attended by members of the US Hemp Building Foundation and expert hemp builders, architects and engineers.

Hempcrete insulation, which has been used in Europe for about 30 years, was not officially included in US building codes because industrial hemp was illegal in the United States until passage of the 2018 Farm Bill.

“I honestly am still kind of in shock and I just can’t thank everyone enough for all they did to get us here,” said Jacob Waddell, acting board president of the US Hemp Building Association.

Including hempcrete in US building codes should cut red tape and streamline hempcrete projects, supporters said.

Hempcrete, a mixture of hemp stalk hurds or “shiv” and lime binder, creates a long-lasting fibrous insulation wall assembly that is fire-resistant, carbon-sequestering and repels mold and pests.

Currently, builders and subcontractors who want to use hempcrete sometimes must acquire a “materials variance” to use hemp because it’s considered a new material in the United States.

Local building departments may also demand an engineer’s stamp on hempcrete house plans because the material is considered unproven here. These steps can be streamlined or eliminated with hemp in the IRC, supporters say.

The US Hemp Building Association raised more than $50,000 and worked countless hours with a committee of experts in construction codes, engineering and hempcrete building to submit hempcrete for certification in January. Over six months, a writing team and engineering consultants wrote the submission document with input from “four civil or structural engineers, four architects, 15 hemp-lime builders, six industry representatives, an academic researcher, an energy expert, and two code experts,” Waddell said in a statement.

Straw bale builders in the 1990s paved the way for US natural building materials to be included in the US residential housing codes as part of a series of appendices to the code, which was last updated in 2018. Codes are updated every few years and it was important to submit hempcrete as soon as possible.

“In the first code cycle, after the legalization of hemp, we are now in the model codes for the US,” Waddell said.

ICC committee voters work for government agencies protecting the public’s health and safety and “have no financial stake in the outcome,” according to the organization.

The final step before new codes are published including hempcrete will be a final public hearing in Louisville KY in September.

“We are very excited about this historic opportunity to make a giant stride for hemp-lime construction in the US,” Waddell said.