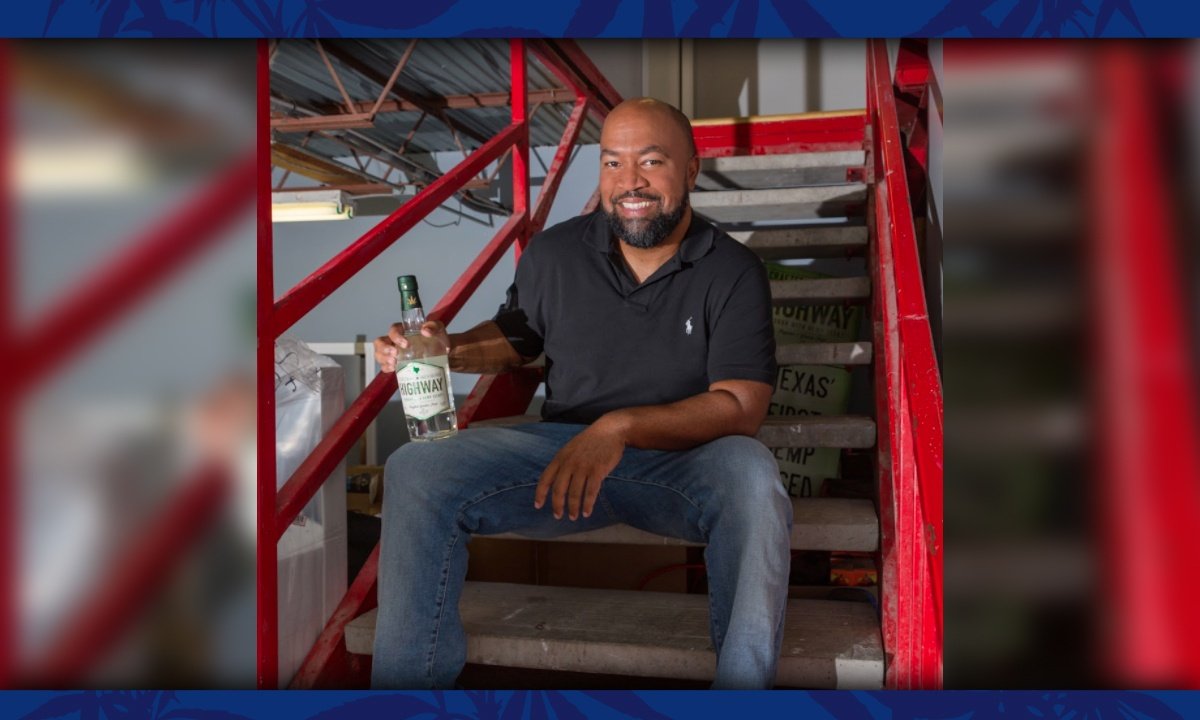 Adding hemp to his kitchen-table spirit formulations created a flavor that he immediately  recognized as a winner, he told Let’s Talk Hemp.

“Hemp vodka had a nuanced flavor and a smoother mouth-feel that I knew was a win from the beginning,” he said.

Highway Vodka is distributed throughout Texas, Florida and the southeaster United States and this year is poised to expand nationally, Williams said. Williams will speak about his path as a hemp company founder at Denver’s NoCo Hemp Expo during the Business Symposium and Investor Forum on Thursday, March 24.

After years in the restaurant business with his brother, Williams said he knew the value of blind taste testing and his homemade hemp-based distilled spirits won every challenge he engineered among friends, family – and strangers.

That led to the idea in 2019 that Highway Vodka could be a player on the national market for specialty spirits. Handcrafted spirits are not widely available in the alcohol market, with most companies preferring to white label, he said. That gives him hope that the company will stand out.

“It starts with an idea in your heart that won’t leave and wakes you up at night,” he shared. “I had to get [Highway Vodka] out of my head and heart and into the world, for better or worse, so I can have peace.”

But breaking into the distillery business is not easy, especially with a highly regulated product (alcohol) to which is added another, barely legal product, hemp.

Red tape and fees just to acquire a distillery operator’s permit almost made Williams and his partner Wendell Robbins think twice, he said. Even then, in 2019, many distributors didn’t want to touch the product because of its cannabis overtones, he said.

But the small company pushed through and now Robbins’s daughter Codi Fuller, in her 20s, runs the distillery and blazes a trail in a male-dominated field as one of the youngest distillers in Texas.

Vodka is fermented in a still from starchy grains, in this case corn, with other ingredients added for flavor. The mixture is then filtered and distilled. In Highway Vodka, the winning property of the hemp seed is the natural oils, which trap layers of vapors during the fermentation process, Williams said.

“The hemp oils add layers of filtration as the vapors rise and it adds a different viscosity to the liquid that knocks off the burn and holds the sugar sweetness of the corn flavor on your palette,” he said.

Williams said he messed around with recipes for distilled spirits for almost a decade, tweaking sugars, grains and mashes, and devouring books and YouTube distilling videos.

A friend opened a cannabis dispensary in California, giving him the idea to try fermenting the cannabis plant, and he made some less-than-pleasing concoctions with cannabis leaves, flower and even stalks and seed shells before he realized that the shelled hemp seed, available in health food shops for decades, was the ingredient.

“It always comes down to the thing in front of your face,” he said.

Opportunity in the hemp ingredient market for food is wide open, Williams predicts.

“I don’t understand why the hemp industry hasn’t focused more on the food aspects of [the plant],” he said.

What’s next?
Williams said has experimented with hemp-based whiskeys, gifted as holiday presents to family and friends, but the company needs to expand further before he could commercially sustain the $800 oak barrel casks needed for whiskey.

As for other spirits, like gin, rum tequila and others, he doesn’t care for them, and doesn’t see his company making them.

And he really didn’t care for THC-infused spirits, which he calls a “bipolar cocktail” with a “buzz [that] was awful. I just really haven’t found one I enjoy,” he said.

As he grows his company, Williams observed that he still gets a bit intimidated when he walks into a liquor store and sees shelves and shelves of his competitors’ brands, all in the same place.

“All those thousands of dreams on those shelves,” he said. “But I’m the only one doing this.  I unlocked a little secret out of that [hemp] plant in this space, and that gives me the confidence to try,” he added. “There are a thousand dreams, but I’m the only one like this – so let’s go for it.”