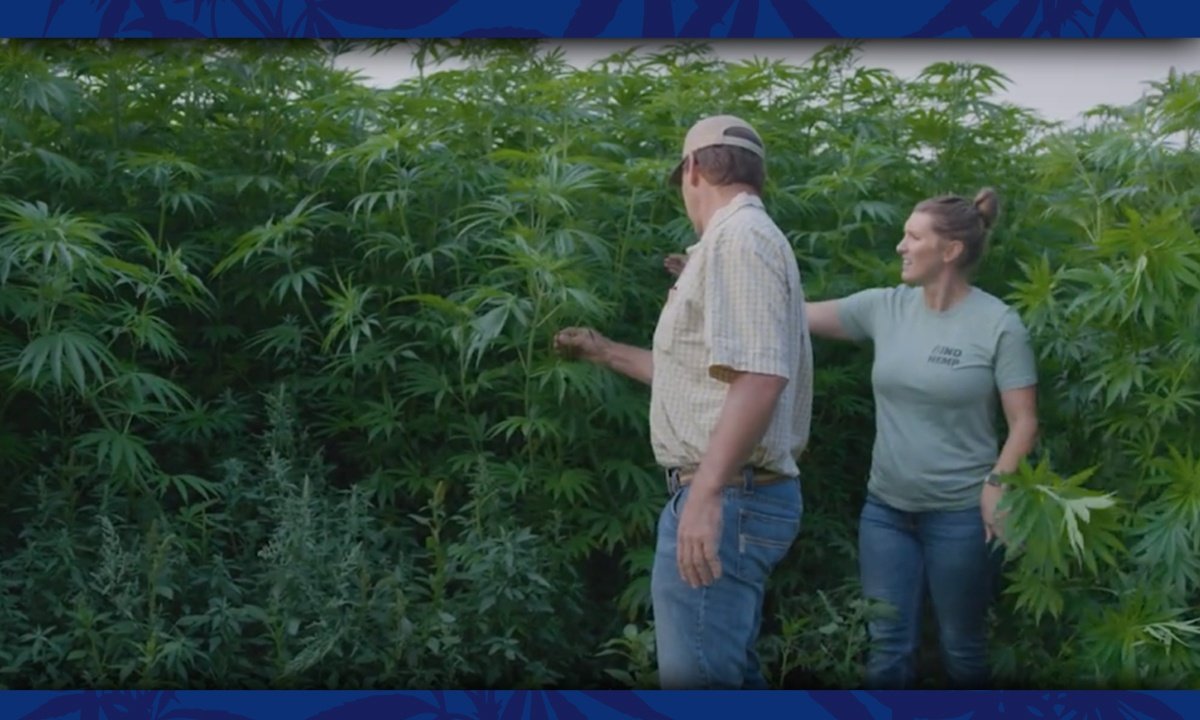 Cutting red tape and unnecessary THC testing for industrial hemp grown for grain and fiber is the goal of a group of hemp advocates who are trying to break down obstacles slowing down purely industrial uses of the plant.

The so-called “hemp exemption” movement aims to create a regulatory pathway that separates industrial hemp from floral, or cannabinoid, uses of hemp.

A new campaign, found online at www.hempexemption.com, aims to draft legislation exempting industrial hemp from DEA testing requirements in order to free-up farmers to grow hemp for stalk and seed as a rotational row crop similar to wheat, soy, and corn, says Tweet.

Grain and fiber hemp has been legalized to grow as a production agriculture crop in Canada since the 1990s and – unlike in the United States – was never prohibited in countries such as China, France, Poland, Romania and Ukraine.

“When we look at the years of data collected all over the world where hemp was never prohibited, the regulating compound THC is not found in the grain or the stalk,” Tweet said in a video filmed onsite at Benton, MT-based IND Hemp.

“Stifling state and federal regulations are hindering the growth of grain and fiber,” she added. “Grain and fiber hemp can look much more like traditional agriculture.”

The upcoming US 2023 Farm Bill gives the hemp industry a chance to separate out the industrial uses of hemp from medicinal-and-wellness cannabinoid flower, exemption advocates argue.

Hemp was legalized for industrial uses in the United States with the 2014 and 2018 Farm Bills after 80 years of prohibition. According to the federal definition of hemp as opposed to marijuana in the Cannabis Sativa plant, hemp contains  less than .3% THC content by dry weight.

“Cannabinoid/floral hemp represents only a small fraction of the potential of the sustainable uses of hemp,” advocates said in a recent opinion piece. “While cannabinoids will always be a very important segment of the industry, it is fiber and grain hemp that can provide superior nutrition, create green building materials, produce alternative plastics and fuels, create new jobs and help mitigate climate change.”

Though cannabinoid and industrial hemp plants have the same phenotype, the physical characteristics differ between fiber and grain crops which grow taller and are planted closer together using traditional row-crop methods. Christmas tree-shaped CBD hemp bushes are grown individually with horticultural methods.

“Producers who choose to grow hemp for grain and/or fiber purposes are at very low, if any risk at all, of harvesting an illegal crop,” advocates say on their website. “Therefore, federal law should not mandate testing and instead enforce reasonable programs that require harvest designation and visual inspection of hemp fields, both of which are far less burdensome to the American farmer.”

The exemption campaign argues that industrial growers would be allowed to notate fiber and grain cultivars with a GPS coordinate when registering their hemp crops, and be subject to a visual inspection, either in person or via drone.

Those farmers should not be subject to background checks, THC testing and sampling, advocates argue. Also, the USDA should adopt a federal policy of “performance-based sampling” which links specific cultivars to the likelihood of THC content going ”hot” more than 0.3% in a hemp crop.

Furthermore, farmers growing for industrial hemp also shouldn’t be required to pay pricey hemp licensing fees, to give farmers more of an incentive to choose hemp for a rotation crop with corn, soy and other row crops, campaigners say.

Find out more at www.hempexemption.com