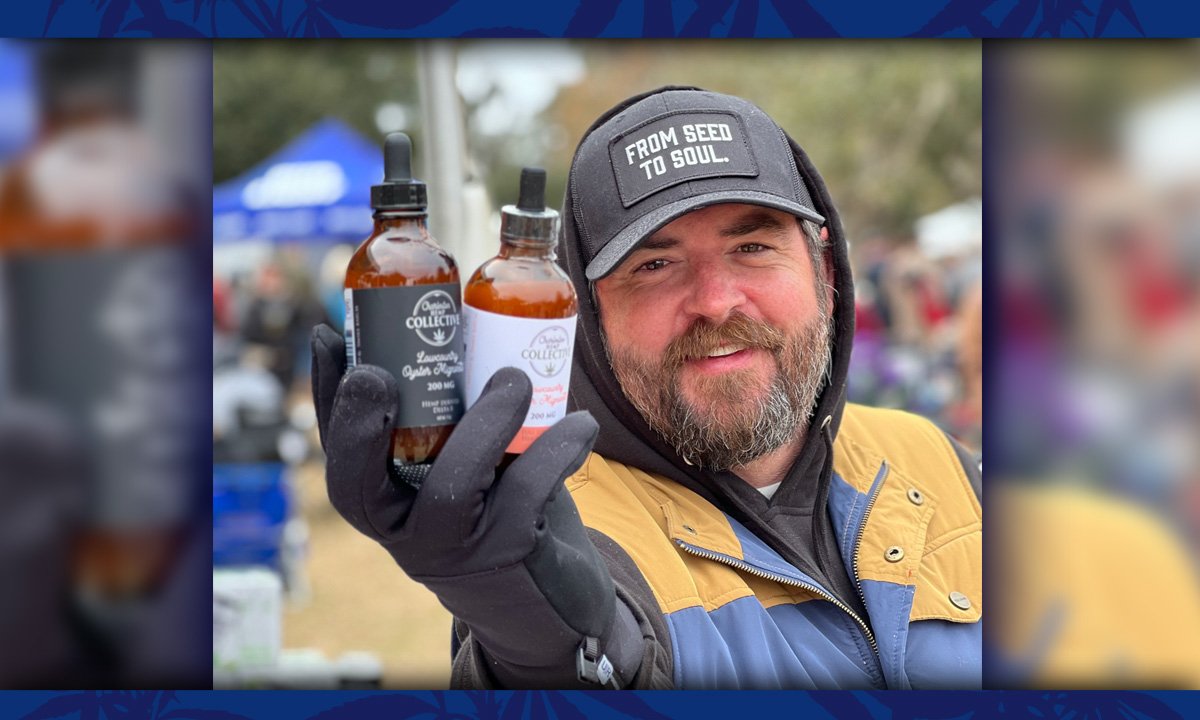 Just a few years ago, Libiss Skinner spent her days as a real estate agent while her husband Matt Skinner left being a restaurateur and was working as a mortgage broker in Charleston, SC, but both felt ready for something they felt more passionate about. When Libiss began to research cannabis for her ulcerative colitis – an illness she had long struggled with – they found their answer. Finding relief with hemp products, she and Matt established the Charleston Hemp Collective. Working with local farmers and developing hemp-derived products (a process they have dubbed “from seed to soul”) from tinctures and topicals to edibles and products for pets, the Skinners now operate four retail stores in the Southeast, one of which was recently acknowledged by the Charleston City Paper as one of the best CBD shops in Charleston.

To learn more about the CBD business when starting out, the Skinners headed to Asheville, NC, where the CBD market was taking off, to “study the scene up there,” Matt Skinner says. Ultimately, they partnered with a GMP-certified manufacturing facility in Boone, NC. Once integrated with manufacturing, formulating, and producing their CBD and Delta-8 products, the husband and wife team opened a distribution center in Charleston. In addition to tinctures and topical products, a number of the Skinner’s products are culinary – including olive oil, honey and a new bloody mary mix.

Matt explains that with their storefronts, located in Charleston, SC, Savannah, GA, Columbia, SC and Boone, NC, they wanted to create a family-friendly atmosphere. Identifying towns with high tourist populations, the Skinners put their stores right on main street for the best foot traffic. “There are visitors that come to these towns from all across the world. Rent is high, but so is visibility and foot traffic,” Matt says. “That gives us the opportunity to create an inviting and safe atmosphere for people to come in and learn about hemp.” The couple is passionate about changing the perception of cannabis with a social atmosphere in the stores. Everyone is welcome and samples are often available.

Matt and Libiss recently celebrated the third anniversary of Charleston Hemp Collective and have started a new line of products called High Rise Beverages, a CBD and Delta-8 infused line of seltzer beverages. The canning line opened this past Memorial Day in Boone, NC, and Skinner reports, “It’s blowing up! It’s been amazing.” Seltzers are having a huge moment with consumers and people love the infusions, Skinner says. As seltzer popularity has earned the beverage a place on the menu in most Charleston restaurants, interested consumers have been much more open to the idea of CBD and Delta-8 versions. “It’s a seltzer world, and people are looking for non-alcoholic beverages,” Matt adds. “Everyone is curious about cannabis and many are looking for a ‘mocktail.’ We hit the timing just right.”

Matt observes that the beauty of the beverage space is that it opens doors for people who may not go into a dispensary, and it gives their company the opportunity to work with bartenders and restaurateurs who are more open-minded about innovative experiences for their clientele.

With another partner Mike Alexander, the Skinners recently launched another hemp enterprise, Palmetto Hemp Supply. Originally inspired by wanting to offer smokable hemp products, the company now pursues product development and distribution of many products as well as selling them at a store in Greenville, SC, run by Alexander. Charleston Hemp Collective stores also carry a variety of Palmetto Hemp Supply products such as hemp flower and a range of Delta-8 gummies. However, hemp flower is the star of Palmetto Hemp Supply, with as many as 50 strains and a focus on educating people about the plant and all its varieties. Skinner says, “Mike has been a pioneer of relationships in the hemp space and he is the magic behind Palmetto. He has done amazing things with it.”

Looking to the future, the Skinners say they will focus on the culinary side of things, and the team recently developed an Oyster Mignonette, an unusual sauce product popular in areas where oysters are a favorite dish. Additionally, sales of High Rise beverages are growing, and the company is working directly with distributors to take the brand nationwide. The Skinners share that they are also putting together a franchise package for Charleston Hemp Collective, based on its success and growth.

For her part, Libiss is working on a refined, high-end skincare line with masks, among other ideas. “It’s been a lot of fun,” Libiss Skinner says, “I don’t think when we got in this business we ever thought we would have so many awesome products.”

Later this month, the Skinners are especially excited about their exhibitor space at Southern Hemp Expo (SHE4), taking place on August 18-20, in Nashville, TN. The Charleston Hemp Collective will be showcasing a 1969 Airstream and will provide samples of all their seltzers, says Matt. With a DJ on site, they plan to present a social experience for attendees. On the menu for SHE4, the company plans to serve bruschetta made with infused olive oil, and will be mixing up some mocktails with the new bloody mary mix, along with other sample offerings. “I hope everyone will come by our space and visit,” he says, emphasizing that bringing people together is part of their mission. “There’s going to be a lot going on. Come have a good time with us!”