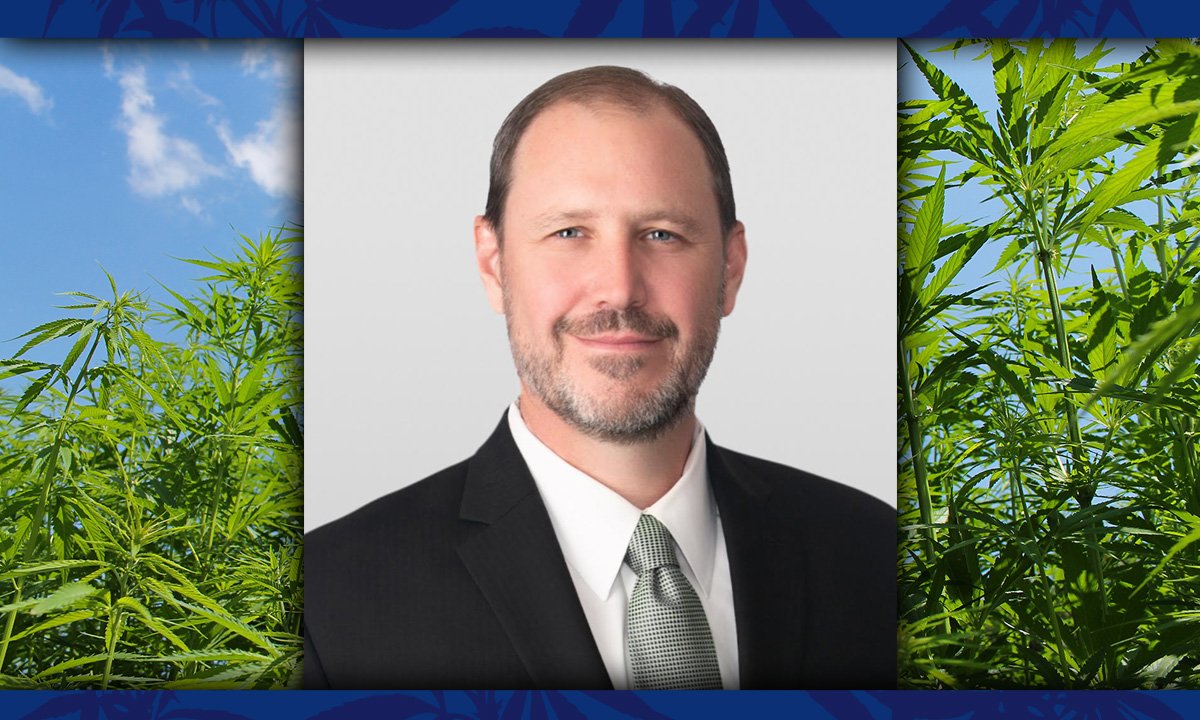 Hoban graduated from University of Wyoming Law School and began to practice law in 2001, but he pivoted as the regulated cannabis industry came online in Colorado and other states.

As the hemp and cannabis markets matured, Hoban spent a dozen years pioneering a new legal field and creating the class of lawyers known as “cannabis attorneys.”

Hoban has followed the regulatory and policy paths of both THC-cannabis and hemp, which sometimes run parallel and sometimes diverge in significant ways.

Recently, Hoban has worked directly with the White House to help develop policy that can push the US Food and Drug Administration to regulate CBD, which would open the doors to adoption by larger companies in food, beverage and dietary supplements and provide stability for the hemp industry.

“There are many health impacts that regulators need to catch up with, and implement, to ensure the public safety,” Hoban said in an email to Let’sTalk Hemp.

The thorniest legal issue with hemp in the last couple years has been how to deal with Delta 8 THC, a synthetic, mildly intoxicating cannabinoid made from solvents and hemp-derived CBD crude oil. Illegal in some states, legal in others, the D8 market has developed in a profitable but confusing legal “gray area.”

Hoban has been advising his clients on the ramifications of the May 9th Circuit Court of Appeals opinion that Delta 8 THC, derived from hemp, is legal under the 2018 Farm Bill.

State rules on Delta 8 are in flux in Colorado, Tennessee, Florida, Illinois and California, he said. Additionally, hemp-derived THC (D8 and other cannabinoids) needs to find a regulatory pathway in the licensed cannabis/marijuana industries in New York and Minnesota.

“If THC from hemp can meaningfully make its way into a lawful closed-loop marijuana system, this could solve many of the problems that have led to the establishment of Delta 8 THC, and other intoxicating hemp derivatives industry, which remains seldom regulated, if at all,” Hoban said.

Hoban is also working with state agencies and private clients on standardizing the verification of hemp crops for carbon credits and capture, he said.

The hemp industry is expanding, but there are challenges ahead, Hoben believes.

“Because so many farmers, processors, and industry participants have been ‘burned’ on CBD, they have turned to grain and fiber production,” Hoban said.

But growing the US hemp grain and fiber industry will involve building a supply chain infrastructure, creating markets and “substantial investment before the [hemp industry in the] United States can meaningfully participate in the grain and fiber markets,” he noted.

“The grain industry across the United States is very strong, generally.  But the U.S fiber industry needs a substantial reboot, as it still suffers from mass job export which took place after the early days of NAFTA policy enactment.”

Additionally, Hoban said he sees challenges in the hemp industry with the US Department of Agriculture’s broad-stroke categorization of single-crop hemp, leading to unnecessary regulations and red tape for farmers.

“It’s imperative that we authorize laws and regulatory frameworks that allow the farmers to capture as much profit as possible from the entirety of the plant — not limited to CBD, grain, or fiber.  And it is essential that USDA hemp policy push farmers to multicrop genetic selection as it relates to the plant – not single purpose crop farms,” Hoban said.

Clark Hill Law’s international presence with locations in the United States, Mexico and Ireland has been a good fit for Hoban, who teaches cannabis policy law at University of Denver.

As hemp and THC cannabis come online internationally, Hoban has helped write cannabis and hemp legislation for more than 30 countries.

Hoban is currently working with the governments of Mexico, Andorra and the US Virgin Islands to help policymakers roll out programs with strong foundations, he said.

“Each one is poised to be a key player in the global hemp industry,” Hoban said.

Bob Hoban will give the latest policy and regulatory updates for the hemp industry as a featured speaker at Southern Hemp Expo August 18-20 in Nashville, TN.