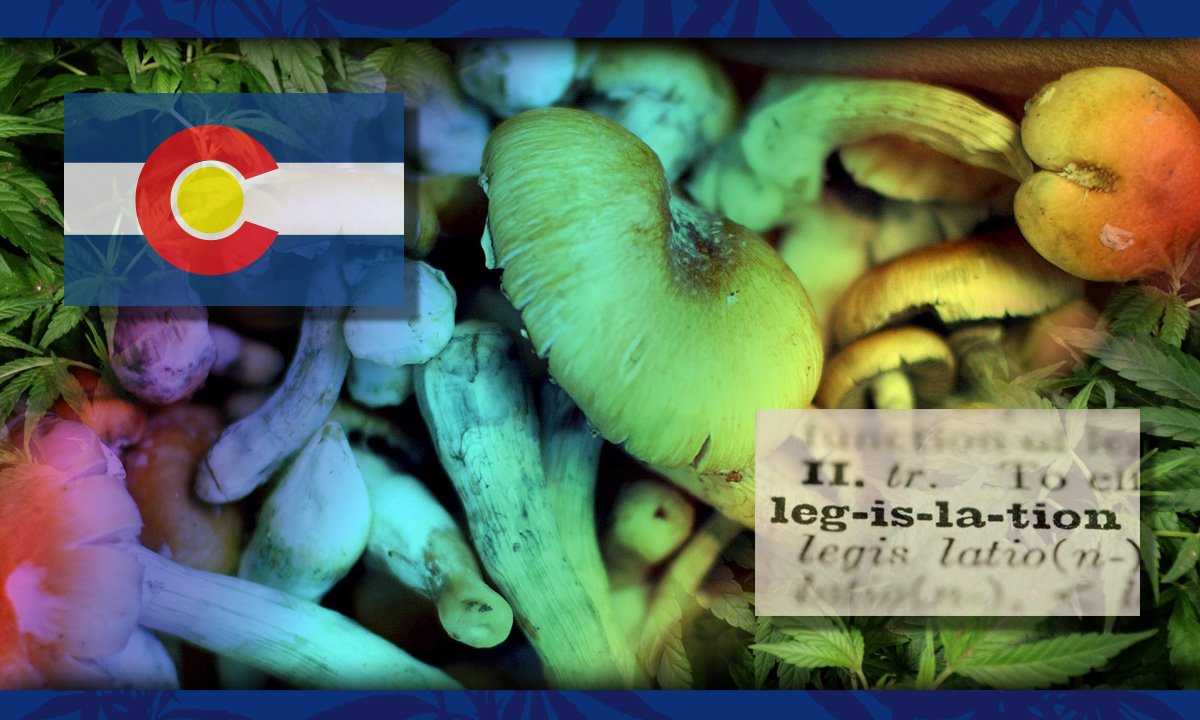 Colorado voters in favor of decriminalization and legalization of plant-based psychedelics, such as psilocybin mushrooms, are asking themselves the following question: Which ballot initiative do I support in 2022: I-58 or I-61?

Efforts behind the two separate and competing statewide ballot initiatives to decriminalize psychedelics for adults age 21 and older are underway as petitioners fan across the state to collect enough valid voter signatures by August 8 to ensure their measure is placed on the 2022 ballot. Petitioners of either initiative need to collect 124,632 valid signatures by that deadline to make the November ballot.

While representing two different visions for access to psychedelics such as psilocybin, psilocyn, DMT, ibogaine and mescaline in the state, a ballot victory for either initiative would be a further step in the decriminalization and potential legalization of these important medicines after the City of Denver voted to decriminalize psilocybin mushrooms in 2019, observers of both ballot initiative efforts have said.

One initiative, Decriminalize Colorado, or Initiative 61 (I-61), officially known as Legal Possession and Use of Entheogenic Plants and Fungi, would decriminalize the personal use of certain entheogenic plants and fungi (including psilocybin, psilocin, ibogaine, mescaline (not including peyote), and dimethyltryptamine) for adults age 21 and older.

“I-61 is a grassroots ballot initiative focused on ensuring equitable access rather than creating a regulatory framework that would be cost-prohibitive to low-income people,” said Melanie Rose Rodgers, a Denver-based co-proponent of I-61, and one of the original petitioners of the Denver initiative that first decriminalized psilocybin in 2019. “Our values are decriminalization and community first, especially before out-of-state interests come rushing in to legalize, profit from, tax and regulate nature’s sacred earth medicines,” she said, referring to the competing ballot initiative, known as Natural Medicine Colorado, or Initiative 58 (I-58).

“The decriminalization of entheogenic plants and fungi [under I-61] will cost taxpayers nothing to implement,” said Nicole Foerster, co-proponent of I-61 along with Rodgers, in a statement. “Data from cities across the nation that have passed similar policies, including Denver, consistently show the passing of decriminalization policy is associated with no risk to public health and safety. Decriminalization allows people to continue to safely access these medicines, as they have for centuries, without the risk of criminalization,” they said.

Proponents of the I-58 initiative, including the well-funded national PAC, New Approach, based in Washington, DC, and California-based David Bronner, CEO of Dr. Bronner’s, along with co-proponent Kevin Matthews and others, claim I-58, officially known as the Natural Medicine Health Act of 2022, “would create a state-regulated access model to make it legal for people to receive natural medicine services at licensed healing centers and approved health care locations, like palliative care. It would also remove criminal penalties for the use of these natural medicines,” Matthews told the Denver Channel.

The legalization and regulation of licensed “healing centers” under I-58, where individuals could access such psychedelic substances in “highly regulated settings overseen by trained facilitators,” takes some cues from Oregon’s Measure 109, which was approved by voters in November 2020, reported journalist Alexander Lekhtman in Filter Magazine. Similar to the Oregon measure, Colorado’s I-58 “would require a two-year implementation phase, where an independent ‘advisory board’ would research and recommend rules and regulations for Colorado’s Department of Regulatory Agencies (DORA) to approve,” Lekhtman reported.

However, Matthews told Filter Magazine, “a very significant difference [from Oregon’s Measure 109] is that in the regulatory language, we did include a specific provision that requires the DORA to create systems and processes to make this program accessible and affordable to the most marginalized among us. That includes folks disproportionately impacted by high rates of arrest, veterans, and folks who can’t afford this.” According to Matthews, I-58 includes language calling for reduced licensing fees and lower cost of treatment for low-income groups.

“Just know, a group of venture capital folks, a well-funded nationwide cannabis legalization PAC entity, and very well paid canvassers, advocates and liaisons can put anything on the Colorado ballot. Please be discerning on Election Day on I-58,” Rodgers cautioned. “Initiative 61 (decriminalization only) is only a half-page long, 100% grassroots, not corporate funded, and we need the help of the community to get about 125,000 signatures by the August 8 deadline. We will be gathering signatures until then and educating the public until Election Day,” she added.

“I do not personally align with I-58 and the heavy out-of-state influence calling the shots in Colorado. What happened with cannabis is happening with mushrooms. Folks from marginalized communities, People of Color are being left out– once again. With all the inequality and rolling back of freedoms that exist today, let us not create new industries that will cater and serve the rich and wealthy while opening the floodgates for anyone able to buy Colorado “healing center” licenses. I am opposed to the corporate takeover of sacred earth medicines and psychedelics written in I-58. While Natural Medicine Colorado sounds amazing, please be discerning and read their 18-page initiative and ask about the funding,” Rodgers urged Colorado constituents. Why do out-of-state folks want it so bad here in Colorado…is it the money?” she asked.

One co-proponent of I-58, Veronica “Lightening Horse” Perez, expressed concerns about the potential costs of natural medicine for lower-income Coloradans seeking forms of care outside of traditional health care settings. “Three-thousand dollars is a lot of money for most people,” Perez told the Denver Channel regarding the potential cost of going to a healing center, where, under I-58, these natural medicines would be administered. “So, we did look at that (the potential high costs) and write into the measure that we need to be really careful with this (costs). We want to have access programs; we want to make sure that these prices aren’t getting so out of hand,” she said.

One thing advocates of decriminalized or legalized psychedelics all agree on is a shared concern over what multi-national pharmaceutical companies might do to control such entheogenic substances once they have become part of the healthcare conversation.

“I think everyone has to tread very carefully with legalization,” Alan Floyd, a cancer patient who uses psilocybin under Right-to-Try, a federal law passed under the Trump administration that allows patients with life-threatening diseases or conditions to access unapproved treatments if all other approved treatments have been tried, told the Denver Channel. “The last thing I would want to see on Earth is for the pharmaceutical companies to have a stranglehold on this medicine; I feel that that is wrong,” he said.

Influencers and CBD: Be Careful What You Say
Q&A with Bill Althouse, Founder of the Fat Pig Society