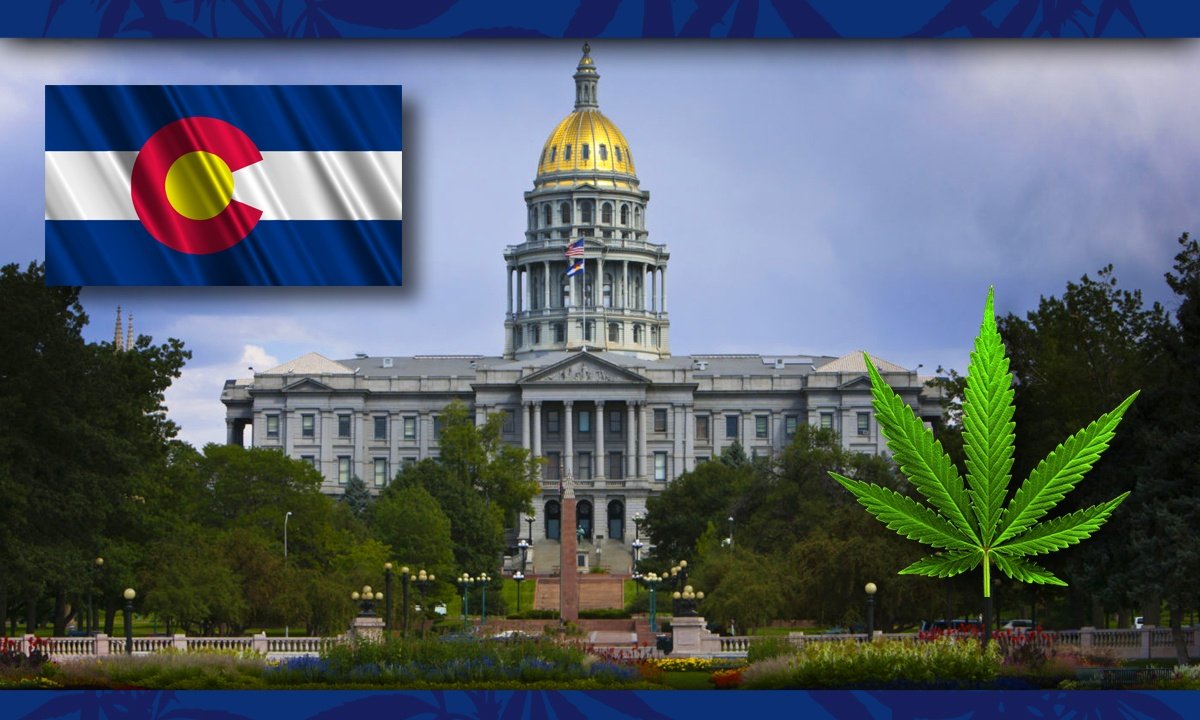 More than 80 people with interests in the hemp, CBD and cannabis markets crowded a Google Meet on April 20 to participate in a public online meeting held by Sen. Stephen Fenberg, President of the Colorado state Senate. The attendees, who had only heard about the public forum within the previous week, were there to raise serious concerns about a bill that seems to have taken the state’s pioneering hemp-derived CBD and cannabinoid industry by surprise – and not necessarily in a good way.

In an effort to get a handle on where Delta-8 products can be produced and sold in the state (an issue many states are currently grappling with), the bill, SB22 205, could end up potentially requiring hemp companies to be regulated under Colorado’s marijuana licensing program, a move that hemp industry advocates say could deal a huge blow to an already distressed CBD and cannabinoid industry.

The proposed bill, SB22-205, “Intoxicating Hemp and Tetrahydrocannabinol Products, concerning the regulation of cannabis-related products that may potentially cause a person to become intoxicated when used,“ was introduced in the Colorado Senate for the 2022 Regular Session on April 13, 2022, by co-sponsors Sen. Don Coram, Sen. Fenberg and state Rep. Alex Valdez, and assigned to the Senate’s Business, Labor & Technology Committee.

“The last thing I want to happen is if a young person or someone is potentially harmed because of these unregulated products,” Sen. Fenberg said in his opening comments at the meeting. “That would not be good for the legislature, the industry, or people’s confidence in the model we’ve created. I want us to see what consensus we can come to this year. It’s important we don’t kick the can down the road; there’s a big risk to that,” he added.

CBD Consumers, Companies at Risk
The proposed bill as it stands was challenged by such major players as Colorado-based and publicly traded Charlotte’s Web, a brand synonymous with consumer-trusted CBD products. “While we agree with the intent of the bill and would love to be a stakeholder, as of now, I have not seen an amendment to this bill that wouldn’t close down Charlotte’s Web’s stores. There are many thousands of consumers at risk who have come to rely on our products,” Jared Stanley, Co-founder of Charlotte’s Web, told Sen. Fenberg at the meeting.

“I want to be clear – we support a system of regulated sales of intoxicating products for those age 21 and up in Colorado, but we want to ensure that there are flexible regulations around manufacturing and processing that do not unintentionally rope in bulk ingredients into that intoxicating category when they are derived from hemp and are meant to produce non-intoxicating finished products for consumers. Unfortunately, this bill does not do that,” Samantha Walsh, Vice Chair of the Colorado Hemp Association, told Let’s Talk Hemp.

“As the bill is currently drafted, this would cede a majority of cannabinoid production under the purview of the Colorado Marijuana Enforcement Division, and that would essentially allow only licensed marijuana companies to produce any kind of cannabinoid-based product, whether CBD or Delta-9,” Walsh added.

According to Veronica Carpio, Executive Director of member-based Grow Hemp Colorado, “While we need to create a pathway for hemp-derived cannabinoids meant for adult usage, the bill as it is currently worded would essentially destroy the hemp industry on the manufacturing side. The meeting showed clearly that there was a lack of stakeholder engagement with the bill’s language as it was introduced,” she said.

“Stakeholders at the public meeting made it very clear that they want to have a more in-depth discussion regarding the development of good policy. Amended language is expected that would be more favorable and simplified, with the hope of creating a legislatively required task force that brings all stakeholders to the table for extensive discussions to address these important but complicated issues,” Carpio told Let’s Talk Hemp.

Anti-Competitive Push?
Some industry members had stronger words. Chris Trad, founder of Fountain of Health CBD in Conifer, CO, and a hemp farmer, told Let’s Talk Hemp, “It’s my opinion that this bill is a blatant, anti-competitive push by the MJ industry. It’s understandable that they would attempt legislation like this, as they are unfairly taxed and over regulated. It’s plainly wrong, and the sooner the government fixes that issue, the sooner the cannabis industry as a whole can move forward. I’m not holding my breath that this underlying issue will be resolved anytime soon, so I’m hopeful that the end result of this attack will be a more unified hemp industry. I’m very optimistic that SB22-205 will be amended heavily, or be withdrawn by the sponsor,” Trad said.

Morris Beegle, Producer of NoCo Hemp Expo had this to say…”There are groups that continue pushing back against sensible hemp regulation, whether those are factions of the marijuana lobby, the pharmaceutical lobby, anti-cannabis legislators, or government agencies like the FDA and DEA. This particular legislation, as first drafted, is another example of outside influence submitting language that severely impairs and hamstrings the future of the hemp industry. I have confidence that it will be fixed accordingly.”

Optimistically, Sean Lafferty, CEO of EVG Extracts, Evergreen, CO, producer of Certified USDA Organic hemp products, shared with Let’s Talk Hemp, “I think there is momentum to redraft the proposed bill and we believe this is an opportunity to legislate policy that addresses the concern for Colorado consumers, does not jeopardize Colorado’s leading position on hemp farming and manufacturing, and sets an example for other states and federal law to follow. We think reasonable legislation would not further restrict hemp farmers, processors, distributors beyond federal law. Doing so would cripple established Colorado businesses with millions invested from competing in the national and global market with other states,” he said.

Lafferty’s team is circulating a draft regulatory proposal among Colorado hemp industry stakeholders that covers detailed points. “We believe this structure would address many of the issues that have surfaced for regulators and consumers since hemp started in 2014. With this framework and Colorado legislation we can promote this solution globally,” he offered. Contact here to request a copy.

U.S. Hemp Roundtable Opposes SB 205
According to the national hemp lobbying group U.S. Hemp Roundtable, “While we believed the drafters [of SB22-205] had adequately understood the positions of the hemp industry, the introduced bill makes clear that there has been a breakdown of communication: too many of the hemp industry’s concerns were unaddressed or rejected by the drafters. Fortunately, there is time to fix it,” USHR said in a statement.

“Fundamentally, all of the parties at the table agreed on a general principle: intoxicating compounds must be regulated and limited to adults only, while non-intoxicating hemp products should be permitted at retail along with other dietary supplements and food and beverage additives. However, this bill contains many provisions that do not address that mission, and potentially criminalize the provision of non-intoxicating hemp products, thereby ensuring a mass exodus of legitimate hemp businesses from Colorado. The U.S. Hemp Roundtable opposes SB 22-205 in its current form. Working with stakeholders on the ground, we will be working to secure amendments to address critical problems in the bill, the association said.

“We appreciate and support the [Colorado Governor Jared Polis] Polis Administration’s intent to crack down on the unregulated retail sale of clearly intoxicating compounds masquerading as hemp. But with the legislation using too broad a brush, we must push back on provisions that would wreak havoc on the Colorado hemp/CBD industry and further undermine the efforts of struggling Colorado hemp farmers,” USHR added.