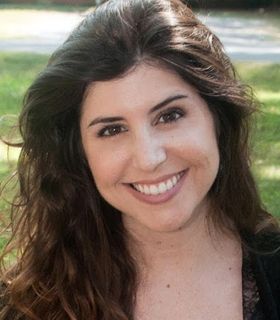 Sauve is the founder of the Tennessee Hemp Industries Association (TNHIA), the first state chapter affiliate of the national HIA and the organization that achieved a near unanimous victory in the passage of the Tennessee hemp law.

A great resource, Sauve took the time to answer a few e-mailed questions.

(Colleen Sauve) Mostly, I work with activists who typically have an advanced knowledge of industrial hemp, but need assistance navigating politics and process within state government. This year activists are already engaged in fifteen (15) states. Industrial hemp has gained huge popularity among legislators nationwide and is uniquely a bi-partisan issue. Activists are doing a great job engaging people and educating them about hemp’s potential. I provide activists with presentation materials that may be used to educate state agencies as well as government. We coordinate to identify key officials whose support is needed to earn positive receptivity of proposed legislation. I also provide assistance to elected officials in the development of their hemp bills and rules and regulations. Cannabis is probably one of the most exciting legislative topics of today. We can actually see prohibition ending, and that is especially great for industrial hemp. Hemp is hope.

(CS) Although the tensile integrity of the fiber varieties is incredible, it’s also perceived to be problematic for standard farming equipment and manufacturing. The lack of localized modern manufacturing infrastructure, and specifically decortication, to support the burgeoning industrial hemp movement is one of the biggest challenges we face. However, there are U.S. companies, like BastCore LLC, coming forward to work on this issue. I hope to see more innovation happening.

(NOCO) Industrial Hemp had an important role in the founding and forming of the United States. It is true Industrial Hemp and marijuana look the same, yet they are distinctly different. How did the two varieties ever get so closely associated that a valuable landrace became prohibited?

(CS) Cannabis has a wide range of phenotypes based on variables dictated by genetics. I think they can look similar, but the trained eye can tell them apart. Perhaps the most identifiable visual trait is observed in the performance of the plant. Mature industrial hemp lacks the resinous female flowers that mature medicinal varieties produce. Instead, industrial hemp produces a female flower with high seed volume. As far as it’s conflation with medicinal varieties, I think every genera of cannabis has suffered major misunderstanding, which led to misrepresentation.

(NOCO) How far away is Industrial Hemp from being federally legal? And what steps need to be taken to reach that goal?

(NOCO) What American hemp businesses will see the first success? And how will they maintain that success?

(CS) I won’t talk about the success of hemp in American without first acknowledging the companies who fought to keep hemp products legal in the U.S. before there was a favorable market trend. If you want to know who those companies are, google “HIA v. DEA.”  The fact that hemp is succeeding at all is because of them. Any contemporary business developing as a result of the new laws should focus on supporting the farmer, building great business relationships, sustainability and product diversification.

(NOCO) What hemp products do you currently have in your own home?

(CS) Too many to count. I’m a HempBox subscriber. I’ve been using Dr. Bronner’s All-in-One Soaps for a long time. I use organic hemp oil cosmetically, but I am currently loving the asian-ginger hemp oil superfood salad dressing by Foods Alive. I also love the hemp-berry-lemonade Immortal Bars. Recreator hemp t-shirts’s are a staple in my wardrobe. I love the cut, plus hemp threads are superior. Recently, I bought a couple of hemp sweaters from Gaia Conceptions, and they are amazing. If I need it, and it’s made from hemp, I’ll buy it.