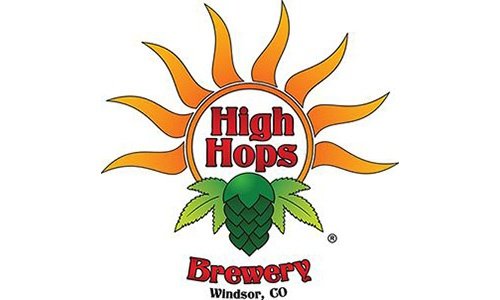 Zach Weakland  describes the process of brewing with hemp while his team at High Hops Brewery take on new meaning to celebrating the American Farmer with delicious seasonals and ales year-round.

High Hops Brewery has been family owned and operated since September 2012, but the family-run business has functioned since 1991 as Plant-a-Scape, a seasonal greenhouse in Windsor, which eventually became The Windsor Gardner, which is now the home of High Hops Brewery.

“(In 2000) That’s about the same time my parents started home-brewing,” said Weakland. “And that’s the same time I was in high school chemistry class. It was cool to come home and see the real-world application of chemistry.”

Craft breweries produce less than 50,000 barrels of beer a year. (1 barrel equal about 31 gallons.) After Weakland graduated university, “With 2 and a half acres of hops, we had more hops than we knew what to do with, so we opened up a brewery,” he said.

Around 2013 Morris Beegle, co-founder of NoCo Hemp Expo, approached High Hops Brewery with the idea to make hemp beer. “We could totally make a hemp beer,” Weakland replied. “It (hemp) is supplemental (with hops). We actually add the hemp after fermentation, so it would be the equivalent to dry hopping, or we call it, ‘dry hemping,’ the beer.”

To make beer, as a home-brewer, about 2 gallons of water is heated to a near boil, and then turned off for specialty grains to steep for 20 minutes. The grains are removed, and a malt extract is added. The heat is turned back on and the mixture, now referred to as a “wort,” is brought to a boil.

At the beginning of the boil, hops are added for the next hour (generally at the 60 minute marker, 30 minute marker, and at 0 minutes the heat is turned off and the final hops added steep for 10 minutes.)

At the end, the wort is cooled to the fermentation temperature, generally 72 degrees Fahrenheit, as quickly as possible. Once cooled, the wort is transferred to a 5 gallon fermenter-barrel, about 3 more gallons of room-temperature water is mixed with the wort, and then the yeast is added. The barrel is capped with an airlock/siphon assembly so it can breathe.

The fermenter-barrel is placed in an area that stays at a similar temperature to the optimum fermentation (generally room-temp, or cooler for pilsners and lagers.) Areas that receive direct sunlight should be avoided. Fermentation should be very active for 3-5 days, at which point activity will slow. Then, at this point, additional hops, or hemp, can be added for dry hopping.

The beer is bottled or transferred to a secondary fermenter-barrel for further aging and clarifying.

“We use the whole hemp plant;” said Weakland, “the leafs and flowers, and some stems.”

“Last year we grew a half acre of hemp for the hemp beer,” he later said.

High Hops Brewery produces many types of beer, but their hemp beer is a red ale. “I like to get that real earthy hemp flavor, as much as you can,” said Weakland. “It’s mostly an aroma agent, the hemp, anyway. The later in the process you add it, the more flavor you are going to get, or at least that’s the way we do it.”

Also, Zach Weakland is hosting a “Brewing Beer with Hemp” workshop at the NoCo Hemp Expo on Friday, April 1st, from 3:40pm-4:40pm, at the Quicksilver Scientific Workshop Stage. Come learn about the Art of Crafting Beer with Hemp!