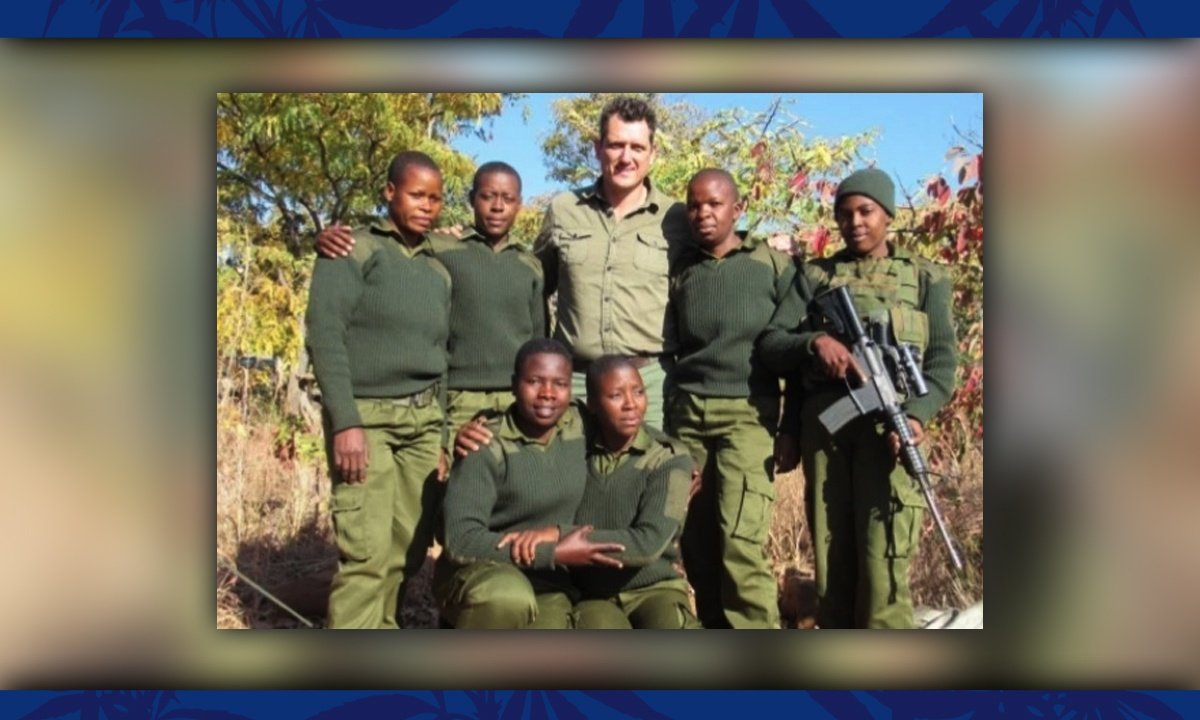 A new frontier for hemp is emerging deep in the bushlands of Africa, where hemp is being used to combat one of the world’s deadliest pandemics; poaching. Too often, changes in the climate coupled with monopolization of the agriculture industry force multi-generational farmers to turn to a more harrowing career path. With no land left to tend to, farmer-turned-poacher is becoming an all too regular story.

However, a group of thought leaders are introducing hemp cultivation to Africa as a way to reestablish lost connections to the land, while also providing economic stability and a viable career path for those with their backs against the bush. Together, leading conservationists from the International Anti Poaching Foundation, the Thin Green Line Foundation, and even Jane Goodall herself are working with hemp industry experts from Tindakan, Hemporium, and Invegrow to make a compelling case for hemp growing in Africa by demonstrating the economic and environmental benefits that the crops can bring.

Jeremy Gregory, CEO of both Tindakan Innovations and its nonprofit, philanthropic arm Tindakan, feels strongly that there are many benefits to growing hemp in Africa; for example, using hemp for intercropping within agriculture creates a “strong allyship for the soil, especially when you combine hemp crops with legumes or other food crops.” Doing this “not only stabilizes your food security but you’re also doing other amazing things with the ecology and to the ecology.”

However, what really excites Jeremy is the potential for hemp to be used for industrial applications in Africa such as the creation of bioplastics, auto manufacturing, or in construction. There is a large need for infrastructure development across Africa, making industrial-grade material manufacturing a viable market for hemp grown there.

Jeremy is a multi-generational Colorado native that comes from a long line of farmers, educators, altruists, philanthropists, musicians and artists. Growing up, he watched as his grandparents used ladybugs as pesticides instead of DDT, learning from their commitment to planet-friendly farming. Owners of over 1,000 acres of land in Longmont, his grandparents helped to establish “regenerative and biodynamic farming in Colorado before it was really popular, demonstrating the ability to coexist with nature by using ecology for benefit as opposed to wiping it out.”

When the Hemp for Victory campaign commenced during World War II, Jeremy’s grandparents incorporated hemp plants onto their farmland. Their prominent yields demonstrated the efficacy of a planet-friendly approach to farming, and as a result they became successful farmers in Colorado.

Jeremy’s upbringing set him on a path to share his learnings about regenerative practices with the world around him. This journey led him to Malawi, Africa, with the Peace Corps where he taught community based natural resource management, conservation, and sustainability to local communities. It was during this time that Jeremy began to toy with the idea of bringing hemp to these communities. However the law strictly prohibited it.

When his stint in the Peace Corps came to an end, Jeremy found ways to carry on the projects and connections he had started in Africa from afar. Jeremy returned to the U.S. right around the time that advocacy for hemp legalization was at an all time high. He worked alongside Lynda Parker (a founding member of the National Hemp Association) and the like who were (and still are) tireless advocates for hemp and cannabis to push for legalization. It was during this time that Jeremy was connected with Tanya Clark of Invegrow – the first company in Malawi to be granted authorization by the government to conduct research on industrial hemp and Tony Budden of Hemporium – a South African hemp company “that is committed to showcasing all that hemp has to offer.”

Together with Tanya, Tony, and various conservationist colleagues he had met during his days in the Peace Corps, the group helped get legislation passed in Malawi in 2017 that allowed for the cultivation of hemp on a commercial scale. Soon after in 2020, Invegrow helped guide the Malawi Government in releasing its Cannabis Act which legalized the cultivation and processing of low THC industrial hemp and medicinal cannabis. Invegrow is now working hard to finish its greenhouses, ISO22000 factory and laboratory facility at its Nangula Estate in Lilongwe.

The coalition’s work and greater mission gained attention and support from the International Anti Poaching Foundation and acclaimed conservationist Jane Goodall, who have united behind their shared vision of “hemp being used to mitigate the poaching pandemic, food insecurity and malnutrition in Africa.”

The coalition is currently in the midst of planning its first crop in Zimbabwe, with a focus on bringing farmers that have lost their lands and livelihoods back into agriculture. The idea is to provide the knowledge and tools they need to create financial stability and security through sustainable, regenerative hemp cultivation so that they can avoid the desperation that drives animal trafficking, exploitation, and poaching. On top of being equipped to farm, these farmers also being trained to become park rangers that protect wildlife and the surrounding ecology, an empowering way to find profit through purpose.

Jeremy says, “We’re starting humbly and small to show the local governments that this crop, when grown in the right way, can be used for these purposes.” He adds, “By cultivating hemp we will, among other things, be able to tackle some pretty pressing societal and ecological issues, one being the poaching pandemic by creating jobs and stimulating local economies. All the while doing this by protecting the planet.”

Jeremy sees a future in which the intersection of hemp, regenerative agriculture and conservation in Africa will create valuable eco-ag tourism where communities can celebrate and showcase their lands and their livelihoods. Jeremy’s hope is that this work will give autonomy and sovereignty back to those who were once farmers by providing them with jobs that have dignity and impact.

Natalie Kra is a 3rd year graduate student at the University of Colorado, pursuing both an MBA and a Masters of the Environment. Natalie is focusing her studies around sustainable food systems and hopes to leverage her education and passions to drive impact in the CPG industry.