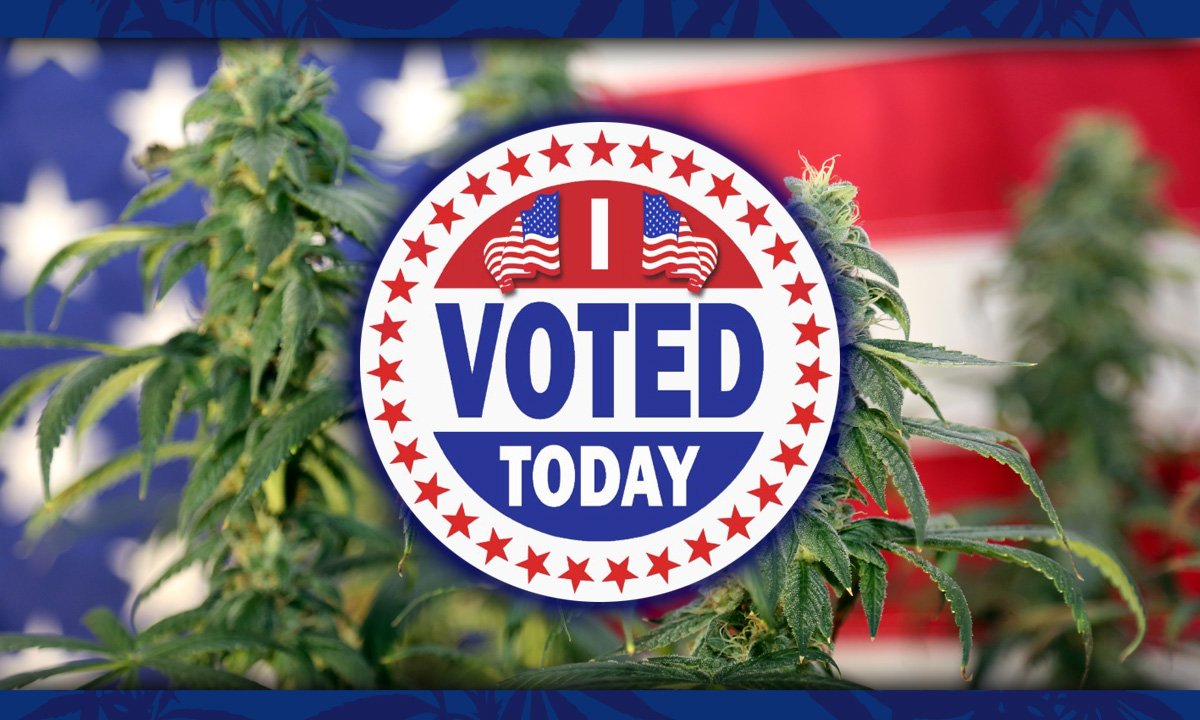 The November 2022 elections held some promising results for the advancement of the hemp and marijuana markets, according to Jonathan Miller, General Counsel of the U.S. Hemp Roundtable, the industry’s leading advocacy and lobbying group, based in Washington, DC.

“From a cannabis perspective, it was a very encouraging election. Thanks to Maryland and Missouri passing referenda to legalize marijuana, we now have a majority of Americans living in states where cannabis is legal,” Miller noted. “While there also were three states where ballot initiatives for statewide legalization failed for extraneous reasons — Arkansas, North Dakota and South Dakota — polling shows that even in those states people support ending marijuana prohibition,” he said. According to the National Conference of State Legislatures, 21 states, two territories and the District of Columbia have now legalized the adult use of marijuana for recreational purposes.

“Another big result in the November elections was that everyone was expecting a ‘red wave.’ Instead, it was an unexpected show of Democratic strength. A lot of that is attributable to an unanticipated large turnout of youth,” Miller noted.

According to Miller, “Three issues in this election cycle were important to younger voters: student loans, abortion … and marijuana. Anywhere between 80 percent and 90 percent” of younger voters support legalization, he said.

When President Joe Biden pardoned marijuana possessors and suggested rescheduling marijuana as a drug, “while not practically significant, politically, it sent a real signal to young people. Now, I think both parties will understand the power of the youth vote. Their support of marijuana legalization will help advance cannabis reform on a federal level,” said Miller.

In terms of the hemp industry, “We’re not sure, but it’s looking like Republicans will take over the House of Representatives. While hemp is certainly a bipartisan issue, some of hemp’s biggest supporters in Congress are House Republicans that stand to take very influential positions for the hemp industry,” Miller observed, noting that Rep. Morgan Griffith (R-VA) will likely become Chair of the Oversight Subcommittee of the House Energy and Commerce Committee.

“Congressman Griffith is the lead sponsor of both bills that would mandate the FDA to regulate CBD,” Miller said, referencing the bills H.R. 841, the Hemp and Hemp-Derived CBD Consumer Protection and Market Stabilization Act, which would allow the use of hemp-derived CBD in dietary supplements, and H.R. 6134, the CBD Product Safety and Standardization Act, which would regulate the use of cannabinoids in food and beverage products.

“The other key person is Congressman Jamie Comer (R-KY); he will likely be appointed the Chair of the House Oversight and Reform Committee, which is responsible for oversight activities of the Biden administration,” Miller said.

“When Rep. Comer served as Kentucky Agriculture Commissioner, he was the guy that got hemp legalized in Kentucky, and also was influential in getting Sen. Mitch McConnell to legalize hemp in the 2018 Farm Bill. Expect Congressman Comer to haul the FDA into his committee to get to the bottom of why it hasn’t acted on CBD and to force them into action,” Miller predicted.

On the U.S. Senate side, Miller pointed out that the new chair and ranking member of the Senate Health Committee, which oversees the FDA, will be Bernie Sanders (D-VT) and Rand Paul (R-KY). “Those two don’t agree on much of anything, but they do agree on hemp, so we will have allies in that key Senate committee, as well,” Miller noted.

Miller and the U.S. Hemp Roundtable encourage everyone in the hemp industry to remain proactive, and “to get ready for January 2023,” he said. “There will be a new Congress and our CBD bills will be reintroduced. Our other legislation, H.R. 6645, the Hemp Advancement Act, will be reintroduced by bill sponsor Rep. Chellie Pingree (D-ME).”

When the Hemp Advancement Act was originally introduced, in February 2022, Congresswoman Pingree said, “The 2018 Farm Bill laid a legal pathway for hemp production but created overly complicated regulations and hardship for farmers and small businesses in the process. I am introducing The Hemp Advancement Act of 2022 to eliminate unworkable testing requirements, set reasonable THC thresholds for producers and processors while protecting consumers, and end the discriminatory policy that bans people with drug convictions from growing legal hemp. My bill takes a commonsense, straightforward approach to correct these unintended implementation problems and works to make the hemp industry more profitable and more equitable. My bill also provides a clear path forward for this industry and will support a thriving hemp economy.”

“We will be looking to our hemp supporters to help us secure more co-sponsors of these bills in order to ensure they are attached to the 2023 Farm Bill, which we’re hopeful will get done in the 2023 calendar year. The Farm Bill, which comes up every five years, is a historic opportunity to make a difference,” Miller said. “If hemp is going to advance on Capitol Hill, this is going to be our best chance.”

Stay up to date and take action at https://hempsupporter.com.